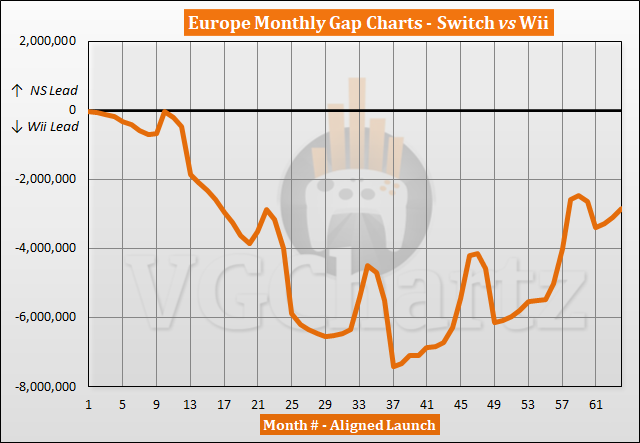 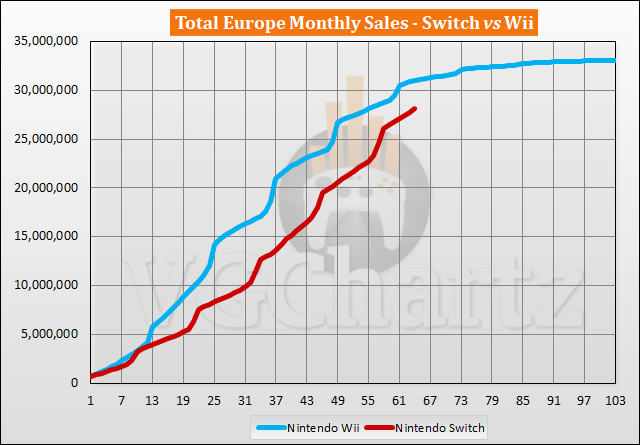 June 2022 is the 64th month that the Nintendo Switch has been available for in Europe. During the latest month, the Switch caught up to the Wii by 270,253 units.

The 64th month for the Nintendo Switch is June 2022 and for the Wii it is March 2012. The Switch has sold 28.17 million units, while the Wii sold 31.01 million units during the same timeframe. The Wii sold current Switch sales in month 56.

In these forums, there are many who just assume the Wii sold extraordinarily well for 1-2 years and then collapsed into obscurity. These charts are really good at showing the reality.