When you do the math, Capcom has a staggering number of arcade games under its control. The video game giant created so many titles between 1984 and 2004, in fact, that in the last 17 months it's released two distinct Stadium collections with 30+ arcade games each. The second installment, appropriately named Capcom Arcade 2nd Stadium, includes 32 games across several different genres, a testament to Capcom’s prodigious output at the height of the arcade scene.

Like the original Capcom Arcade Stadium, released early last year, this sequel features 30+ arcade games run through an emulator that grants players an obscene number of options. That includes selecting difficulty, rewinding gameplay, loading save states, adjusting the speed of the game, swapping between English and Japanese ROMs, and customizing screen filters, borders, and displays. Unlike the original, however, Arcade 2nd Stadium comes in a single bundle of 30 titles (plus a free download game and a pre-order bonus game), versus three packs of ten titles each. If you don't want the bundle at $39.99, you can purchase your favorites individually at $3.99 apiece. 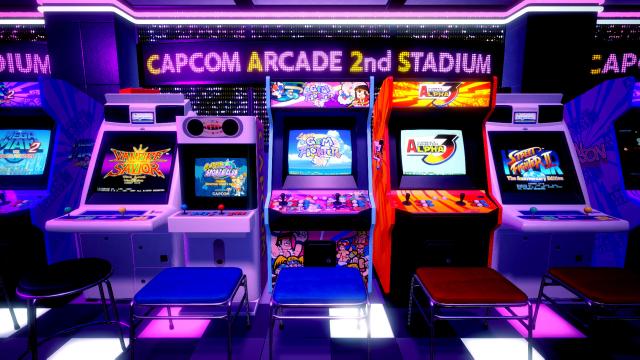 Depending on how many other Capcom collections you currently own, buying à la carte might make more sense. If you already invested in Street Fighter 30th Anniversary Collection, Capcom Beat 'Em Up Bundle, and last month's Capcom Fighting Collection, you'll already possess 12 of the 32 games, including several of the best ones. If you have only some of those anthologies or none at all, though, the bundle is a solid investment.

Why? Well, first and foremost, because of the games. Yes, there are a handful of duds you'll play once and never revisit — the free download game SonSon, for example, is entirely skippable — but for every clunky, dated arcade relic there are two eminently playable or, in some instances, brilliant video games. The fighting and scrolling shooter titles fare the best. These cover the three main Street Fighter Alpha releases, the third being one of the best 1v1 fighters ever produced, and the trilogy of Darkstalkers titles, including the exceptional Vampire Savior. Perhaps the hidden gem of the collection is the crunchy wrestling fighting game Saturday Night Slam Masters, which supports up to four players simultaneously and features Mike Haggar of Final Fight fame. 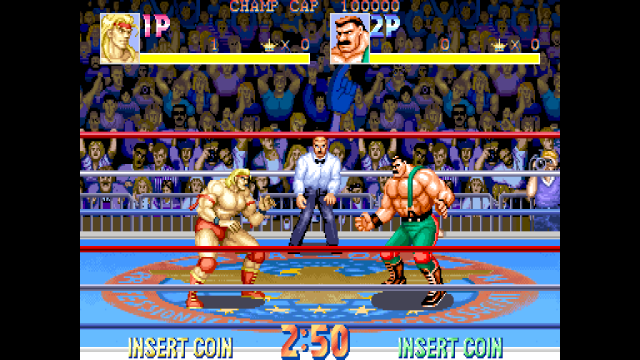 As for shooters, there are a couple of highlights. One is absolutely 1943 Kai: Midway Kaisen, an enhanced remake of 1943: The Battle of Midway, released in 1987 for arcades exclusively in Japan. The other is the underrated Eco Fighters, a horizontally-scrolling shooter with gorgeous graphics and a very unique hook: an extendable arm that can rotate around the player ship and fire in any direction.

Some other stand-out titles include two medieval beat-'em-ups in the Final Fight mold, The King of Dragons and Knights of the Round, both of which support three-player simultaneous co-op; the color-matching game Super Puzzle Fighter II Turbo; and the multi-sport package Capcom Sports Club, which consists of Smash Stars (Tennis), Dunk Stars (Basketball), and Kick Stars (Soccer). One of the most interesting titles in the anthology is Three Wonders, available only as a pre-order bonus. Like Capcom Sports Club, it contains three games in one bundle: a side-scrolling action game, a scrolling shooter, and an action-puzzler. 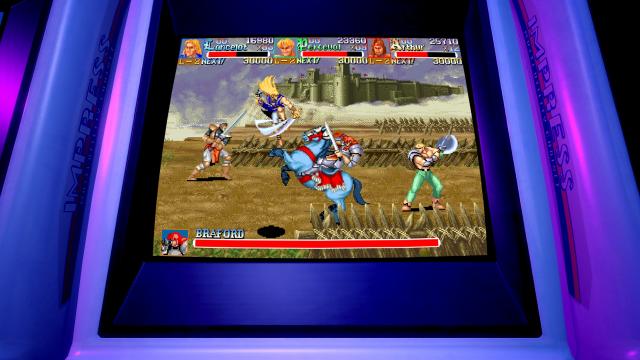 The special features and customization options wrapped around these titles only enhance the experience. You can rewind your game, use the save and load functions to preserve your progress and return to it at any time, control the speed of the game, map the controls to your preference, and adjust several different game settings. This includes difficulty level, number of lives, enemy attack frequency, graphic content, etc. On top of all these options are multiple display settings. In Capcom Arcade 2nd Stadium, you can change everything from frames to filters. You could opt to play Mega Man: The Power Battle on a 3D-rendered arcade cabinet or Black Tiger with scanlines and a curved display. If you're really into the 3D cabinets, in fact, you can choose custom cabinets for each individual game.

Then there's the whole meta game, represented by CASPO, or Capcom Arcade Stadium POints. As you play through each game, or take on challenge/ranked modes, you'll earn CASPO points, which feed into a global ranking. You'll earn bonuses according to your performance, based on factors like score and non-continue completions. It's all a bit overwhelming, to be honest, and not for everyone. For those who just want to brag about their best scores in individual titles, there are online leaderboards for each one, separated into Score Challenge, Timed Challenge, and Special Challenge. To sum up, there's no shortage of ways to compete asynchronously with players around the world in this collection. 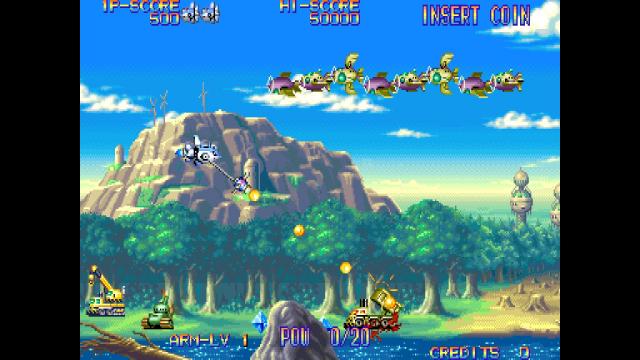 Finally, the anthology includes 30 "triumphs", in-game achievements that ask you to play for at least 10 hours, insert nine or more coins in one play session, or gain 10,000 CASPO while playing Score Challenge in one play session.

If there's a downside to all these features, options, ranking systems, and screens, it's that you can sometimes get lost in a sea of menus. Still, this is a minor complaint. A slightly more significant complaint is that the package skips any of the historical documentation that made last month's Capcom Fighting Collection so sweet. While each title receives a handy manual, complete with game summary, it doesn't get any promotional material, concept art, etc. 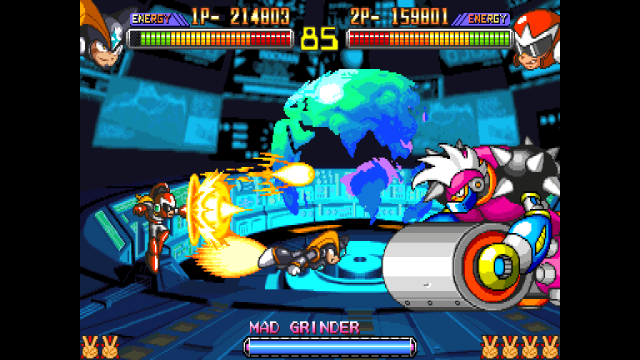 In terms of performance and emulation, Arcade 2nd Stadium acquits itself well. There doesn't seem to be any noticeable lag or input delay, at least on PS4. The only real flaw here is that the collection doesn't support online multiplayer whatsoever, even though there are plenty of opportunities for couch play.

Capcom once again proves its arcade credentials with Capcom Arcade 2nd Stadium. With 30+ games, an embarrassment of customization options, and plenty of opportunities to play casually with local friends or seriously for online high scores, it's a rock solid collection both for arcade enthusiasts and old-school players. Its value proposition drops sharply if you already own previous Capcom anthologies released in the past four years, and it's missing both a digital museum and any support for online multiplayer, but overall it's a feature-rich compendium with a fairly diverse line-up of interesting games, some of which are truly excellent.

This review is based on a digital copy of Capcom Arcade 2nd Stadium for the PS4, provided by the publisher.