the update fixes multiple issues with the game. This includes fixing the gear ratio, music replay, cloud save data, steering controllers, and more. 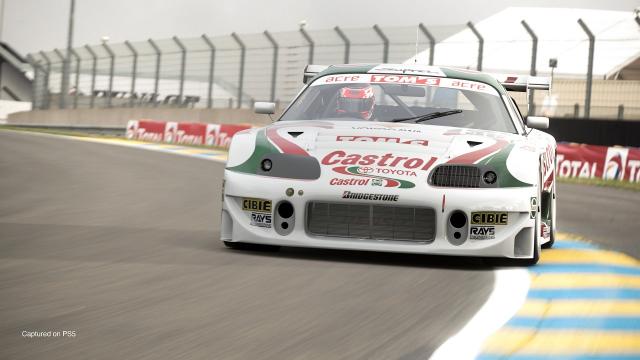 1. Car Settings
- Fixed an issue wherein after changing to a specific gear ratio, the adjustable range and set value of the gear ratio would change each time the settings were opened.

2. Music Replay
- Fixed an issue wherein the game would crash if the Honda Sports VGT was the camera target in Music Replay.

4. Save Data
- Fixed an issue wherein the save data would not load correctly from the server if playing on a console with no 'Gran Turismo 7' save data stored on it, or if multiple consoles were used.

5. Steering Controllers
- Fixed an issue wherein the steering angle would not reflect the player’s inputs on some cars when using the Logitech G923.

6. Café
- Fixed an issue wherein it was possible to receive multiple Tickets repeatedly from Extra Menus.

8. Race
- Fixed an issue wherein the race would start with the Replay Camera when starting an offline race after spectating in a Lobby.

9. Others
- Various other issues have been addressed.

Keep up the good work polyphony!

And they removed another grinding exploit =p

I hope this game gets hacked, people should be getting it for free with piracy, we need to fight back these greedy corporations that do not care for the consumer, I paid over 70 dollars for it and I cant even delete my save to start from 0, in over 32 years of gaming that's a first for me. I don't want to make a new online account just to start a game. I paid for it, I should be able to play the game from the start.
I really hope the ps5 gets hacked soon so I can show sony that we will not be fools.