Neptunia: Sisters VS Sisters Launches for PS5, PS4, and PC in Early 2023 in the West

343 Industries in a new Halo Waypoint post has released details on the Campaign Network Co-Op for Halo Infinite that is planned to be added to the game in an update in August.

The developer will be flighting the Campaign Network Co-Op for those that are part of the Halo Insider program for the week starting July 11. The goal with the flight is to find networking issues that are specific to Co-Op.

The flighting will take place on a separate build of the game that will be used to test features without affecting the existing version of the game. 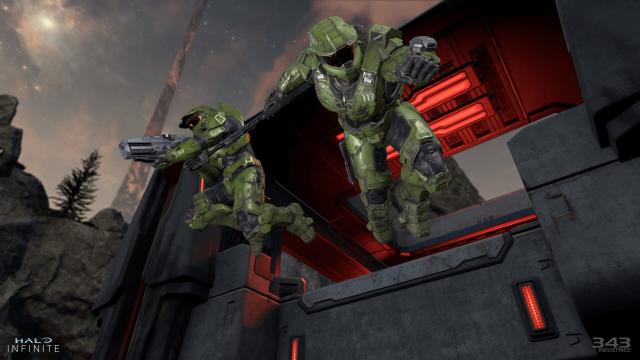 Campaign Network Co-Op will have full cross-play support on the Xbox Series X|S, Xbox One, PC, and Xbox Cloud Gaming with support for up to four players. All Co-Op games are hosted on dedicated servers.

Lead world designer John Mulkey did say that any progress done in Co-Op will be rewarded to every player and not just track the lead player.

"The goal going in was to 'allow everyone to play their campaigns together,'" said Mulkey. "This meant that all progress made in the game, regardless of it being through Solo or Co-Op play, would be retained.

"I could be playing Solo campaign, jump into a Co-Op session for a few hours, then launch back into Solo play and all the mission progress, acquired collectibles, equipment found, achievements earned, and upgrades made in either session would be intact. Gone are the days of playing someone else's game while earning no progress.

"The way we are handling this is through something we internally refer to as 'No Spartan Left Behind.' When players join the Fireteam and choose their save slots to play on, the game aggregates the states of all missions across those saves and sets up a world state in which any missions completed by all Fireteam members are marked as complete while any missions not completed by all are marked as incomplete." 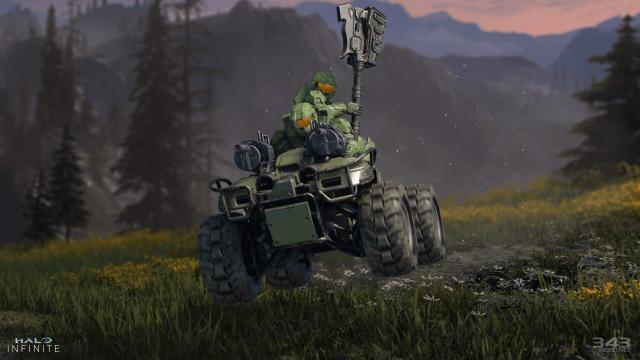 Principal software engineering lead Isaac Bender added, "You can think of this system as creating a version of the world that’s like the 'lowest common denominator' (or 'intersection,' if you’re into set theory) of everyone’s Campaign progress. This way, no matter what you do, no one is completing missions out of order.

"What this means is that any unlocks you find in Co-Op are retained in single-player. So, if you’re having a really hard time collecting a Skull, you can get in a game with a friend, and if they collect it while you’re in that session, you’ll get it too!"

Halo Infinite is available for the Xbox Series X|S, Xbox One, PC, and Xbox Game Pass.

Double Cheif at it again

Nah, all I see are Master Chief and John "Halo" 117. We're missing Spartan and Demon.

But they will be back once this drops haha!

It's a decent Halo experience, good even, but so much is missing. Wish it was all there at launch. im looking forward to future story dlc

I already collected all the skulls, so I'll be ready for a LASO run with my friends! Thank god mission replay will be releasing alongside co-op

Is that confirmed? Mission replay in solo will be available?

Yes, that was something they confirmed further down in the blog post.