Microsoft in June 2021 announced it was working with TV manufacturers to add an Xbox Game Pass app to smart TVs.

"We’re working with global TV manufacturers to embed the Game Pass experience directly into internet-connected TVs, so all you’ll need to play is a controller," said CVP of Gaming Experiences & Platforms Liz Hamren at the time.

We have not heard much about the progress on adding Game Pass to TVs, however, GamesBeat is reporting Microsoft plans to release an Xbox Cloud Gaming streaming device in the next 12 months. The report says it will likely look similar to the Amazon First Stick or a Roku like puck. 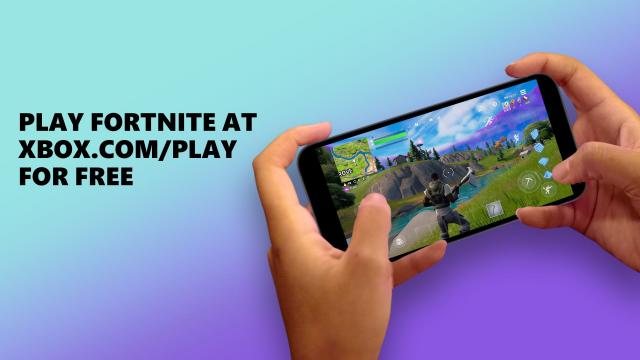 The Xbox Cloud Gaming streaming device is said to give you access to a library of games via Xbox Game Pass Ultimate, as well as movies and TV services.

It is also mentioned that Microsoft and Samsung are working together to add an Xbox app directly to Samsung smart TVs. That is also expected to release sometime in the next 12 months.

This is part of Microsoft's plan to grow the Xbox ecosystem outside the traditional console market.

Xbox and Epic Games this month did partner to make Fortnite available on Xbox Cloud Gaming for free on supported browser-enabled devices in 26 countries.

In order to play Fortnite via Xbox Cloud Gaming all you need is a Microsoft account and an iOS, iPadOS, Android phone or tablet, or Windows PC with internet access.

My buddy and I were playing co-op It Takes Two last night. I downloaded and he streamed. We had zero issues playing together.

Last year I streamed Destiny 2 to my phone as a test. I figured an FPS was the best way to test the viability of game streaming. It worked perfectly, and I didn't experience any perceptible lag, and was able to play high level content well.

All of this is to say that I think Microsoft has pulled it off, and gaming streaming's time has arrived. This is a great thing both for the industry, and gamers. We're almost done with the $300-$500 barrier to entry that puts great gaming experiences out of reach of most of the world's population. Now we just need ISPs to hold up their end of the deal and get reliable, high speed service to more people.

The less barriers there are between consumer and content, the more people will partake. That makes sense to me.

Right. There are no negatives to cloud gaming. I can still use my console, and you can stream on your TV app.

The biggest thing that has me excited is that the Xbox Play Anywhere program is going to be included in Xbox Cloud Gaming. So even if you’re the gamer that prefers to outright buy their games, you still can take advantage of cloud streaming!