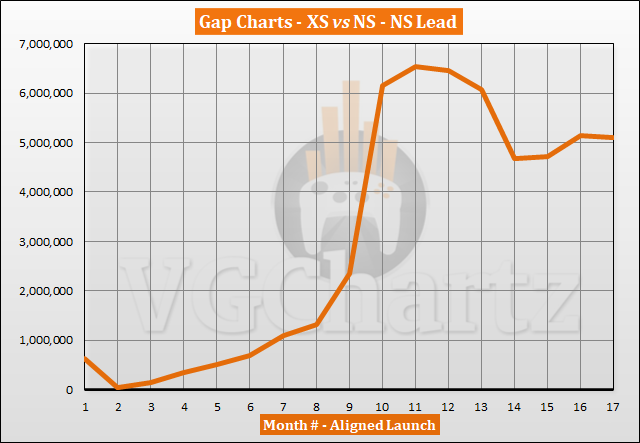 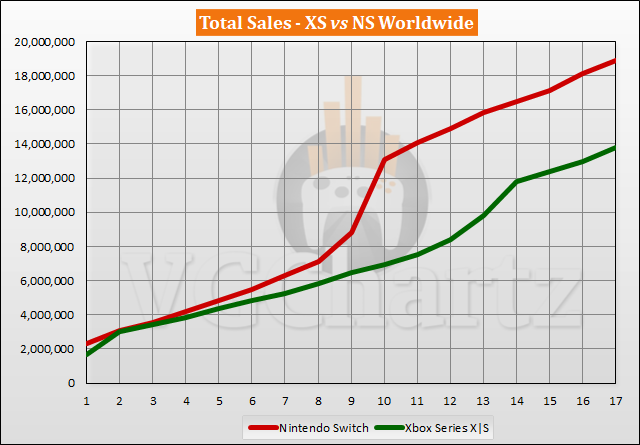 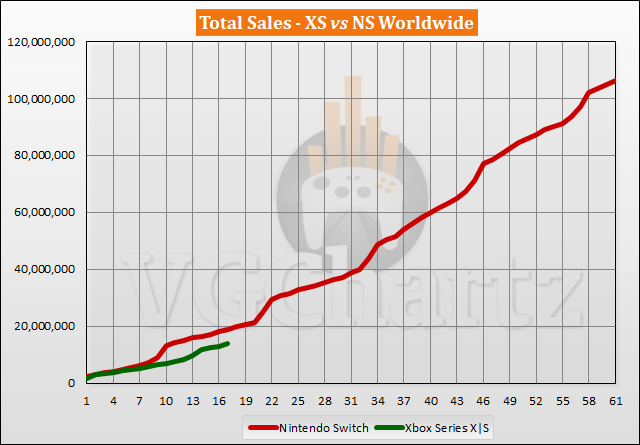 In the last 12 months, the Switch has outsold the Xbox Series X|S by 4.60 million units. The Nintendo Switch is currently ahead by 5.11 million units.