Switch vs Wii Sales Comparison in the US - January 2022 - Sales 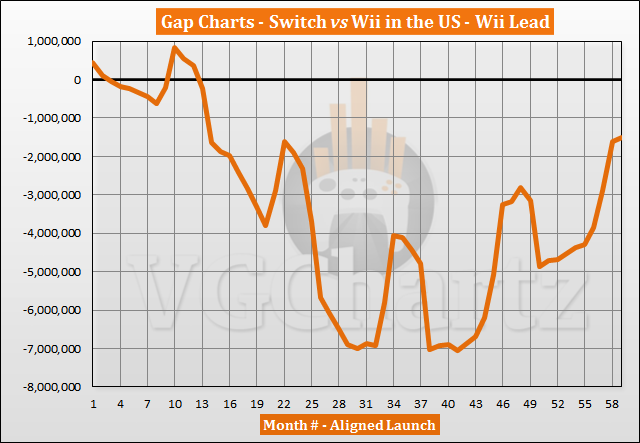 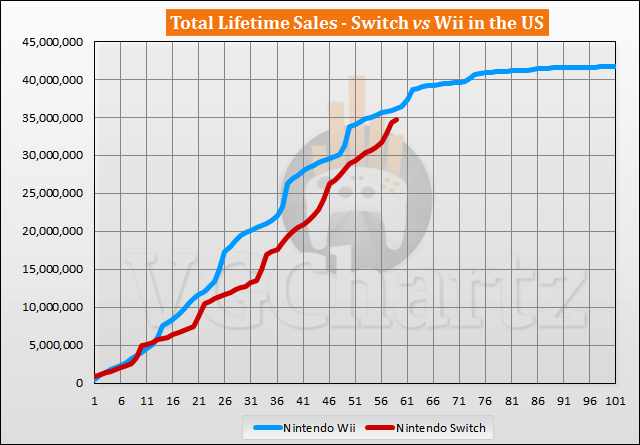 The 59th month for the Nintendo Switch is January 2022 and for the Wii it is September 2011. The Switch has sold 34.66 million units, while the Wii sold 36.16 million units during the same timeframe. The Wii sold current Switch sales in month 53.

The Wii sold 41.70 million units in the US during its lifetime. The Switch needs to sell another 7.04 million units to outsell the Wii.

i will say it again, when the switch released no one saw this coming!

I remember when everyone laughed at the switch…

The Switch has nearly caught up to the Wii in the US. It's only a matter of time now before it outsells it completely.

Switch will fall back again a bit with the upcoming Wii holidays, but I think overall it has a chance to catch up.

There’s still so many big games to release! I’m trying to think back what Wii had going for it by this stage because I’m sure the WiiU was already being discussed.

Well, we can see the next holiday bump in the last graph. Not as big as the last one, so Wii lead grows to 3M maybe?

Won't be long now. By end of year Switch will probably be about even with Wii. Gonna end up beating the Wii in the US by many millions.