Sony Confirms Users Have to Pay Back PS Plus Discounts to Upgrade to Higher Tiers [Update: Error Has Been Fixed]

"We have made the difficult decision to end development of Hyper Scape and shut the game down as of April 28th," reads a Ubisoft news post. "We set out to create a vertical, close-quarters, and fast-paced shooter experience and we are extremely grateful to our community for joining us on our journey. We will be taking key learnings from this game into future products. 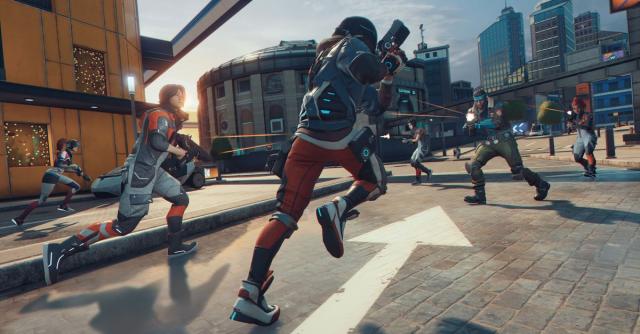 To the Hyper Scape community, thank you for your passion and dedication to the world of Neo Arcadia both inside and outside of the game. Your devotion to the game we built will always be cherished."

Hyper Scape released for the PlayStation 4, Xbox One, and PC in August 2020.

I imagine it's hard to maintain a successful Battle Royale game when there's only 25 total players on earth.

First time I heard this game existed today. Never once heard of it, so I guess Ubi's marketing sucked in letting the world know it had it's own BR game,

Never heard of this before.
Not surprising that it flopped, it got pretty low review scores and looks very generic.

Wow that was fast! Other, older Battle Royale games are still chugging along successfully. That tells you how big of a failure this was commercially that they'd pull it down so quick.

Yea pretty surprising but at the same time not surprising. I don't know anyone who plays this game or even wants to. Everyone always suggest either Apex or Warzone if we are going to play a BR game.

Didn't even know about the game, but still 18month is quite short time to kill it, must have been losing a lot of money.

I knew of it as I remember seeing some streamers play but honestly it lacked and was seemingly a bit late to the party. Sorry for the devs hard work. Luckily their other game, For Honour, has had a much better reception.

Hahahaha dead on arrival what a bloody mess

Huh. I’d never even heard of this before.