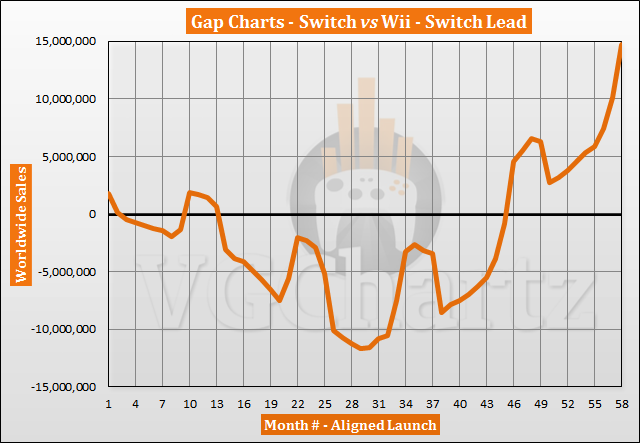 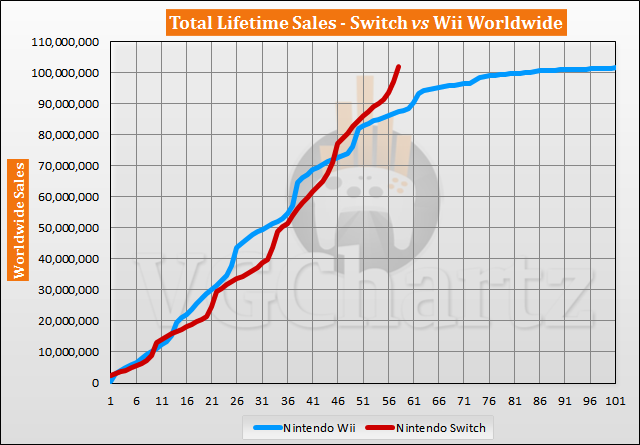 The 58th month for the Nintendo Switch is December 2021 and for the Wii it is August 2011. The Switch has sold 102.02 million units, while the Wii sold 87.32 million units during the same timeframe.

As VGChartz previously reported, the Nintendo Switch has outsold the lifetime sales of the Nintendo Wii. The Wii sold 101.63 million units worldwide during its lifetime.

Well, this is it. Now Wii can rest in peace and pass the torch of Nintendo's best selling home console game to the hybrid Switch

This looks so satisfying.

Is this the last sales comparison between Swiitch and Wi?

Yes, the Switch outsold the Wii.

The Wii ran fast, but the Switch runs faster.