BioShock developer Irrational Games was shutdown in 2014 and afterwards series creator Ken Levine opened up a smaller studio under Take-Two called Ghost Story Games. The first game from the studio is still in development.

Levine in an interview with  Arcade Attack in an interview and transcribed by WCCFTech says the game will officially be announced "closer to launch." He doesn't want to announce the game too early and have people wait years for it.

"We didn't want to go down the path of showing [the game] too early, because we thought it was going to be out sooner," said Levine. 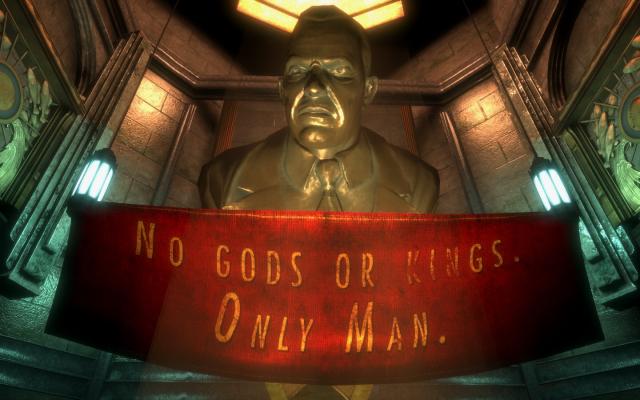 "And I don't want to have a long period of having a build-up, interest, and hype because it just doesn't, it would end up feeling fairly inauthentic and I think that gamers want to be... they want to know what they're getting, and the only way to do that really is to announce closer to launch."

Levine added that people once they see the game will be "surprised, but unsurprised by what they see."

I wish every single developer had this mindset! We don't need to know about games existing at all until months before launch, period!

While that mindset is admirable, talking up games at the very beginning of the dev cycle especially if it's done with an attached bullshot trailer and is four years early, but it also needs to be tempered with the industries need for some basic info spread out over that time , in this case though Ken has a history of contributing to development hell, so this isn't as altruistic as it might seem to be on the surface.

Can’t wait! Ken Levine is one of the highest-level video game writers in the industry.

He's had a long and noted history of being a capricious "auteur" who puts his games into development hell through no fault but his own. It wasn't new information other than that he's doing it yet again. Bioshock was in dev hell and it took the publisher to bring to completion. Shutting down his studio so he could work with a smaller team hasn't had any benefit.

This here's a guy who felt it was okay to not only put snide remarks about the lead designer in Bioshock in the game,during development but leave them there, he comes across as a very driven individual and that doesn't usually make for good management.

I have actually met him it was many years ago when I was interstate visiting a friend at ANU (Australian National University ) afterwards my friend Tim and I happened to join a table of people from Irrational Australia at a bar in Canberra , It didn't click until I heard him years later doing an interview about Bioshock that the talkative guy with the strong american accent dominating the conversation that night was Ken.

I'm not sure if he was working at the Canberra studio or more likely just visiting , but around a month later back at home a small demo of Freedom Force was in the post apparently I mentioned System shock 2 , so they promised me a look at their latest game but due to our habit in those younger days of ordering beer jugs full of double shots of comfort and orange juice my memory is a bit hazy when it comes to the exact details . and my friend Tim being inconsiderate died of cancer at 33 so I can't ask him, but apparently he became friendly with some of them and that's how they got my postage details I still have the demo somewhere in the garage.

I don't know if Schreier is scum, but he certainly does wade into the muck quite a bit.