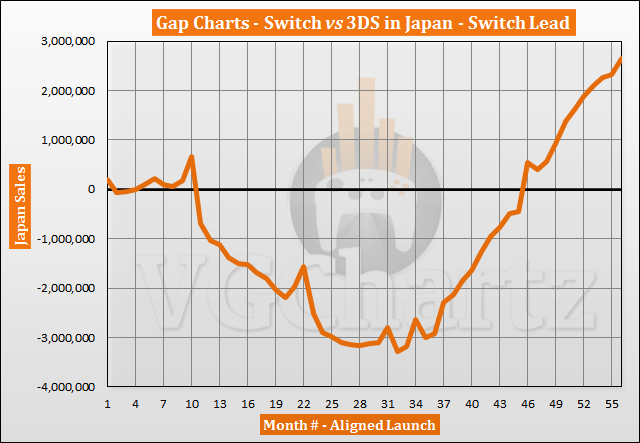 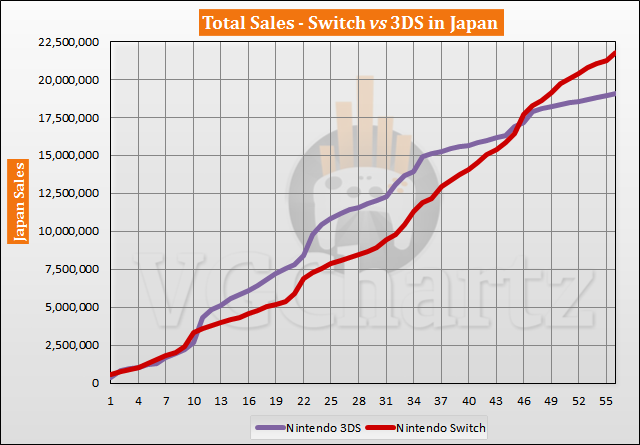 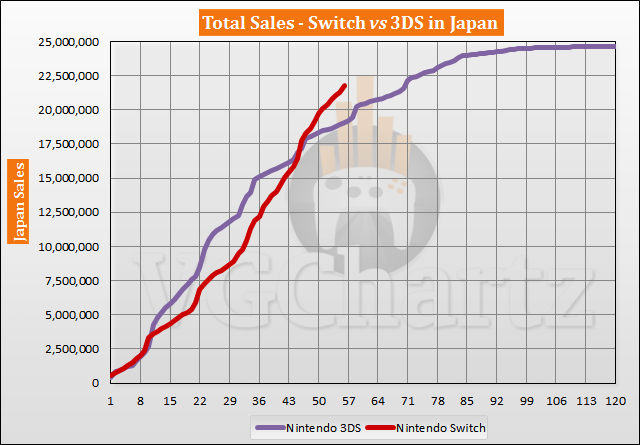 The 56th month for the Switch is October 2021, while for the 3DS it is September 2015. The Switch has sold 21.75 million units, while the 3DS sold 19.09 million units during the same timeframe. The 3DS did not reach current Switch sales until month 71.

The 3DS has sold 24.67 million units lifetime in Japan through August 2021. The Switch is currently 2.92 million units behind the lifetime sales of the 3DS.

Switch will win this, obviously.

3ds have a frontloaded curve sales.

this could not have been predicted when switch first released.

How high Will it go?

To infinity and beyond.