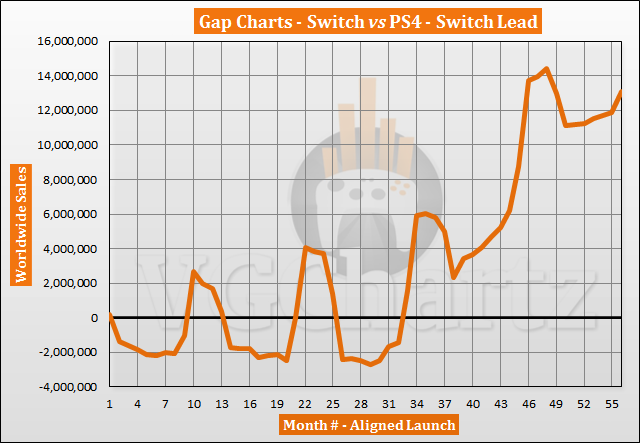 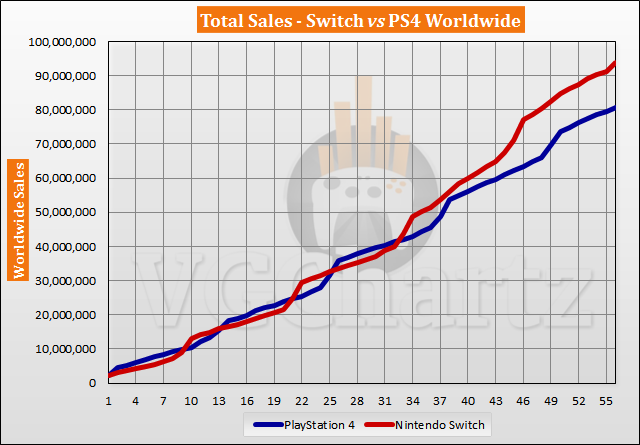 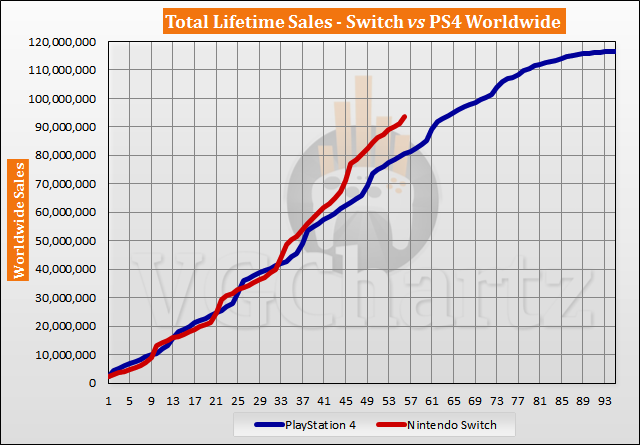 In about a year from now, this race should be over.

agreed, it will need the holiday season to pass though.

Getting harder and harder to see PS4 holding onto its lead. At this point only extraordinary circumstances could do it.

You would basically need an out of the blue Switch 2 release and I'm talking real soon and even then it would have to be followed with a drop in production similar to the PS4 after the PS5 release.

There are a lot of options, that could lead to PS4 staying on top. Not very likely ones though, and for the most part options in which case nobody would care anymore about sales numbers. :-)

Only Nintendo can kill this trend by releasing new shining hardware with same price point. Unless Sony will drop PS4 price to $150 or less. TBH I'm not convicted that $200 would make a huge difference, looking at the latest sales charts.

I think even at standard price PS4 would sell more, but Sony reduces production in favor of PS5.

And yes, Switch also meets production limits, so it is fair still to compare.

Crazy how much the switch has exceeded expectations.

The long life of Sony hardware has two reasons: the dominance of third-party games and multiplicity of price-cutting at the expense of the profit from selling the hardware. Third-party games are now available on competitors and on pc. And the aggressive price cuts no longer practices because realized that profit is more important than having the best-selling console.

Eh was this meant for me. Doesn't really have anything to do with what I said

Everything. The Nintendo Switch may have long legs because of the massive support of the indies(thirds), Nintendo's unified pipeline and some fuel in the tank because it hasn't made any price cuts yet.