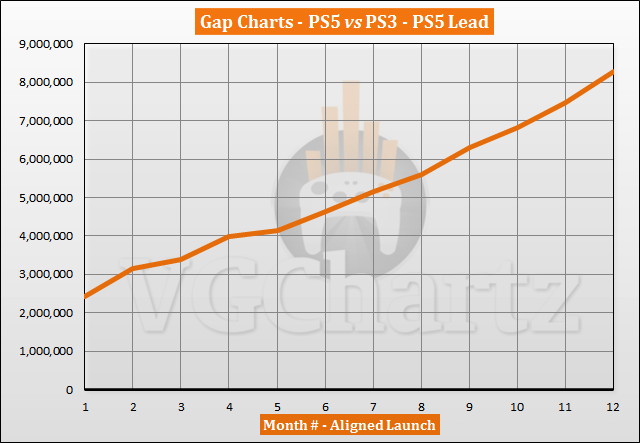 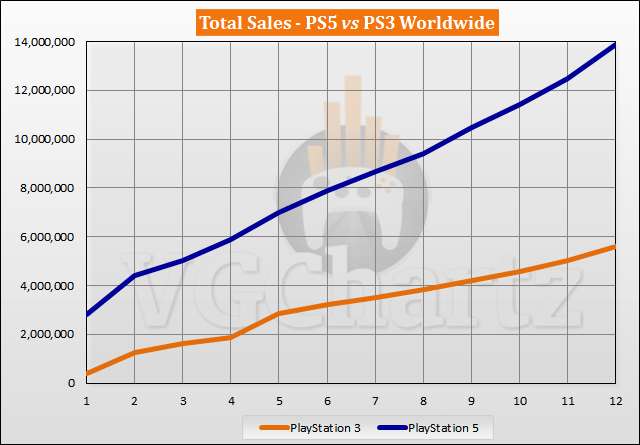 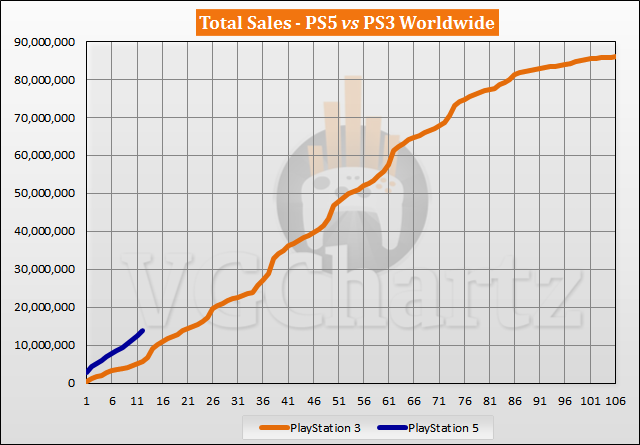 The PlayStation 3 did not reach current PlayStation 5 sales until month 21 where it had sold 14.32 million units.

Fun fact: In Japan PS3 is a good margin ahead of PS5 launch aligned.

is there a shortage of PS5's in Japan or is the switch just that much more preferred?

Both. Huge shortages for the PS5 and the Switch already more than doubled PS3's lifetime sales.

When was the PS3 price cut?

i just dont see it happening.

It will be better comparison to get PS5 against PS2 :)
There probably would have similar stats.

You right, otherwise they have a lot of data from past years :)

They wouldn't be very similar the ps2 likely would have started a lot slower than the ps5 but would sell over a much longer period of time. A pretty large portion of the ps2s sales were after the ps3 launched