Microsoft and 343 Industries during its Xbox 20th Anniversary Celebration broadcast announced the free-to-play Halo Infinite Multiplayer Beta and Season 1 are available now for all players on the Xbox Series X|S, Xbox One and  PC. It will also be available for Xbox Cloud Gaming later today.

All of the maps, core modes, Academy features, and Battle Pass are available and progress carries over when Halo Infinite officially launches on December 8. 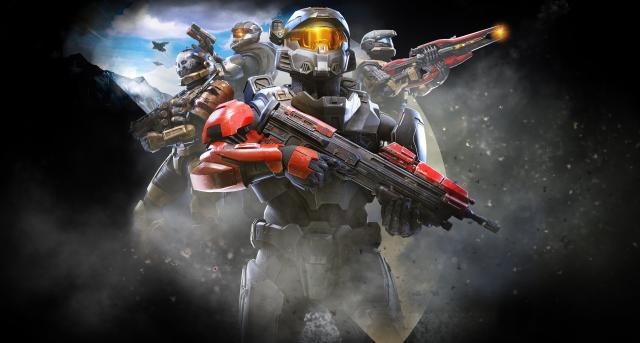 "As a thank you to the Xbox community for 20 years of support, 343 Industries launched the free-to-play Halo Infinite Multiplayer Beta and Season 1 three weeks early, available starting now for all players on Xbox Series X|S, Xbox One and Windows PC," reads the announcement post.

"It will also be available via Xbox Cloud Gaming starting later today. Players can enjoy the Season 1 content including all maps, core modes, Academy features, and Battle Pass, and all of their progress carries over into the full Halo Infinite launch on December 8. For complete details on the Halo Infinite Multiplayer Beta, head over to Halo Waypoint."

-THIS IS HOW WE DOT IT/MONTELL JORDAN! NINJA APPROVED-

Correct me if wrong, but you can play this for free. I mean not even Live gold required, like "true 100% free", is this right?

Certainly on PC. Not sure about consoles.

Correct! Don’t need anything other than a way to load up the game.

Servers must have been hit hard after the announcement, I haven't even been able to load the game yet. I'm instead trying out some of the newly added back-compat titles, and will try again later! :)

I bet like 20mil people tried to play the game at the same time.

I mean... Everybody is pushing releases to next years etc :) And we have this available almost a month before! Way to go 343! :)

After being delayed for a year... xD

True :) But I was still not expecting to play it before end of month ;-) Does not matter at this point!