Mario Party Superstars (NS) has debuted in first place on the French charts for week 43, 2021, according to SELL.

Marvel's Guardians of the Galaxy (PS5) debuted in third place. 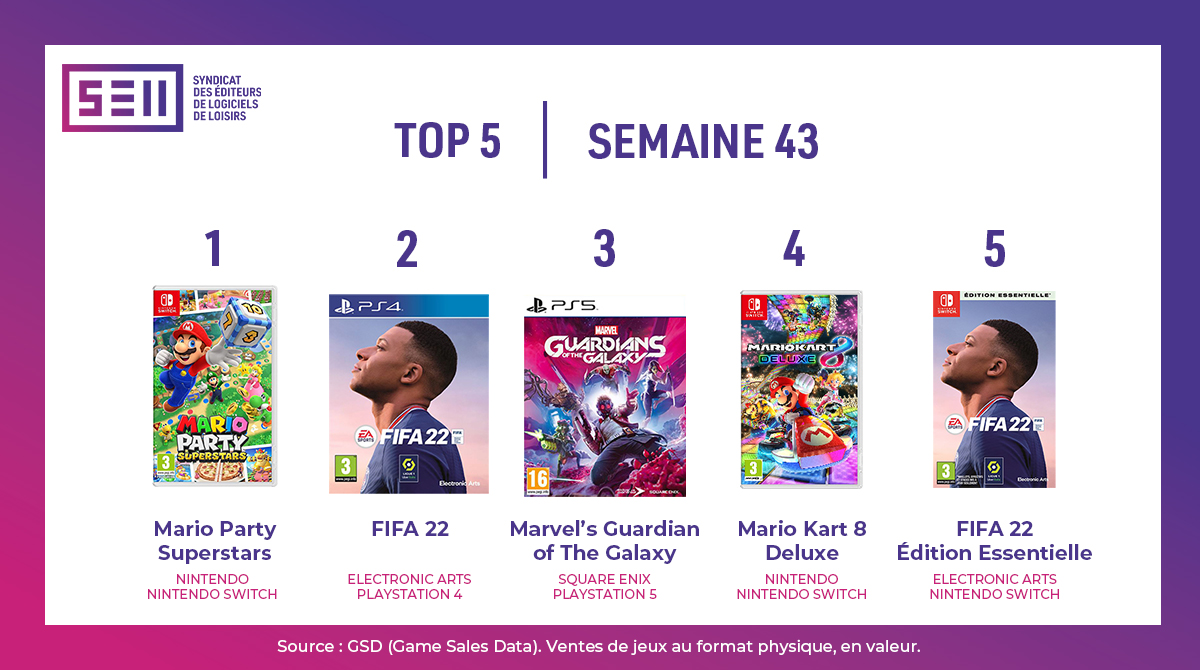 Cool to see another Shin Megami Tensei game on the 3DS getting a boost due to SMTV coming out soon.