FIFA 22 (PS4) has remained first place on the French charts for week 42, 2021, according to SELL. The PlayStation 5 version is up one spot to second place and the Switch version has re-entered the top five in fourth place. 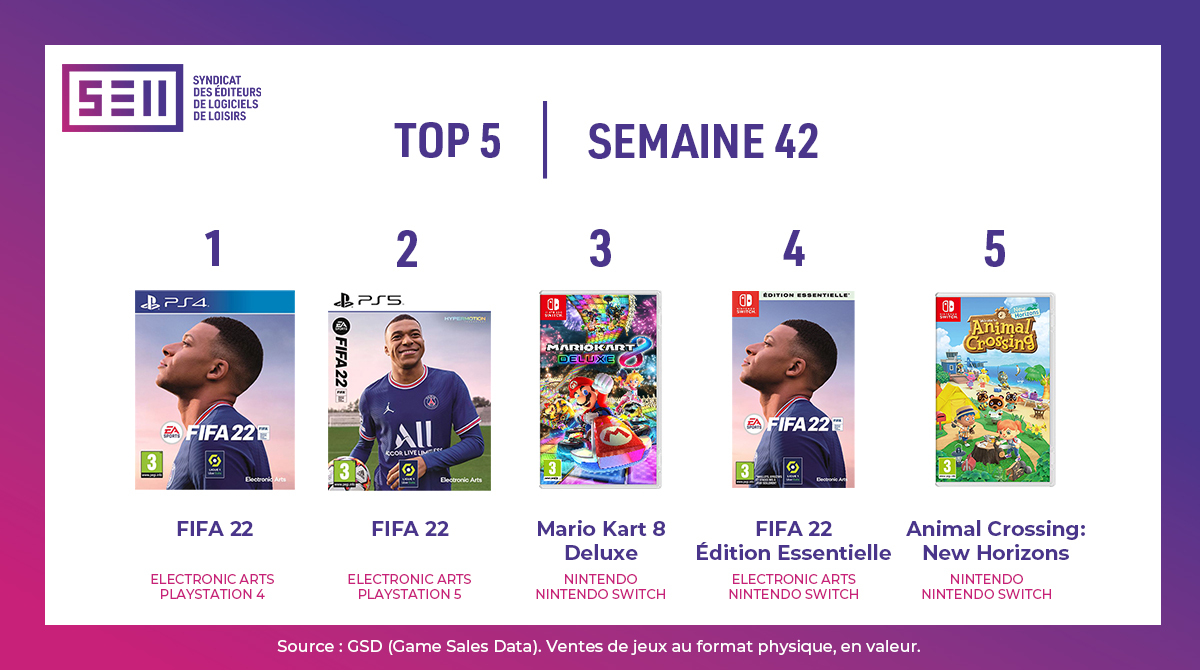 That Fifa 22 Legacy Edition is charting is just sad.