With the release of The Caligula Effect on PSVita in 2016, Furyu managed to provide an original JRPG with revolutionary features, thanks to its integration of vocaloid music and the ability to preview moves during battles. With The Caligula Effect: Overdose two years later, the company then created a remake that should have been of great interest to all JRPG enthusiasts. As a fan of the franchise I therefore eagerly awaited the launch of The Caligula Effect 2, but unfortunately after playing it I fail to see what the publisher was trying to achieve with this sequel. 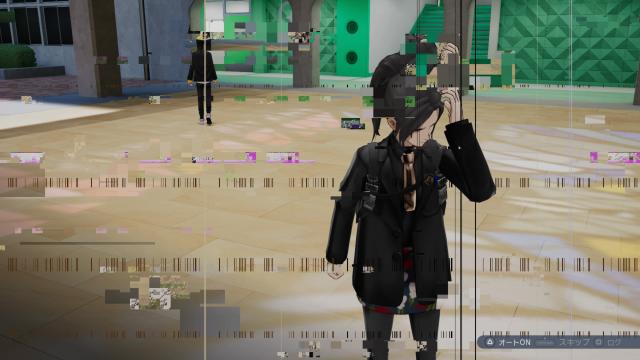 Like the original, The Caligula Effect 2 takes place in a perfect but virtual world. "Redo" is a parallel world that takes people from the real world and offers them an ideal virtual life, without them ever realizing that their spirit has left their real selves. The protagonist in The Caligula Effect 2 is one such person. One day, a self-proclaimed "virtual idol" called Kii makes the protagonist realize that Redo is a completely false reality. As with Moebius in The Caligula Effect: Overdose, Redo is administrated by a virtual idol. Kii, as the successor to μ (Moebius's virtual idol), wants to take down Redo's ruling idol, Regret. With both Kii and the protagonist agreeing that Redo should fall and its people be freed, they begin their search for Regret... 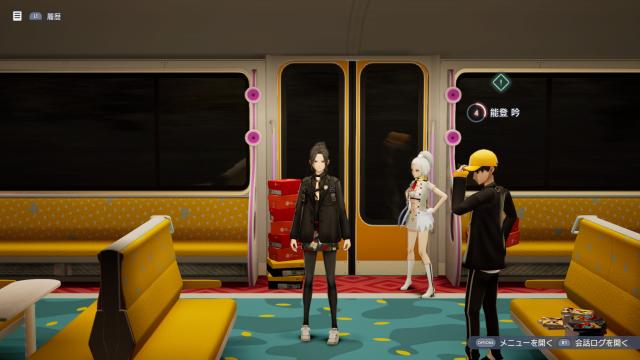 The protagonist and Kii begin their resistance in a metro train running in circles beneath Redo (a bit like the chief of Japanese secret services in the James Bond movie You Only Live Twice). They look for potential allies at school (the ones who haven't been completely brainwashed) and then take on Regret's powerful heralds, the Gakushi. Creating music for Regret, the Gakushi approve of Redo and turn local folk into shapeless monsters called Marioheads. Each dungeon involves countless (and far too lengthy) fights against these enemies before you reach the boss. The level design was mediocre in The Caligula Effect and improves little here in this sequel; the few basic puzzles barely mitigate the strong linearity of the levels. 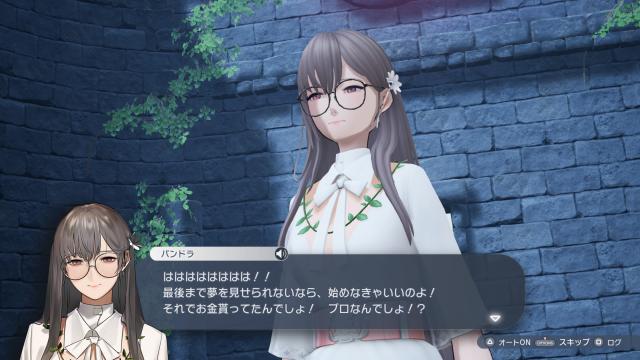 The main problem with The Caligula Effect 2 when compared to The Caligula Effect is its extreme similarity to the original. The Caligula Effect was a great surprise for the JRPG world, while The Caligula Effect: Overdose offered twice as much content in order to keep early adopters happy, but The Caligula Effect 2 neither innovates in any way nor does it provide a large amount of content. Ultimately, it's merely The Caligula Effect with different characters, but with the exact same type of narrative, significantly less content, and no inventiveness. The characters are the first symptom of this because the Gakushi - once formidable opponents with a meaningful story behind them - are now very superficial antagonists. You come to know very little about them, and their motives end up often being quite ridiculous. 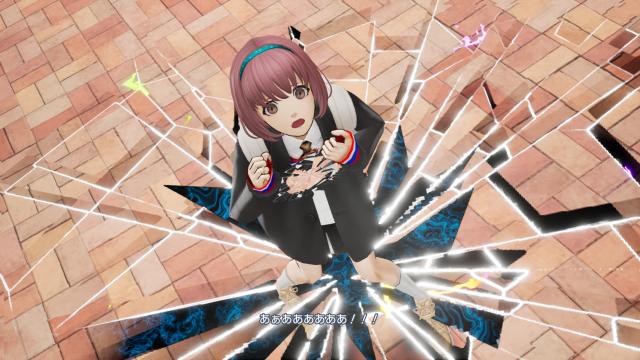 But what pains me the most is that I felt just the same about the main characters themselves. As in the first game there's a sub-story for each party member and a couple of scenes through which you come to know to reasons they're in Redo. These scenes are far from impressive. For example, Kiriko is sent to Redo after a tough career as an Idol, but you're not really left with the impression that this is a major trauma. Generally speaking, the side stories are rather shallow and they're strikingly short. There's nowhere near as much text or detail as in The Caligula Effect: Overdose, the narrative is far less emotional, and the quality of the writing has simply collapsed. The total lack of an epilogue is also staggering; you don't learn the slightest thing about the return of the characters to the real world, despite it being the whole point of the game. I was overall left with the impression that the publisher hadn't even attempted to maintain the standards set by the remake. 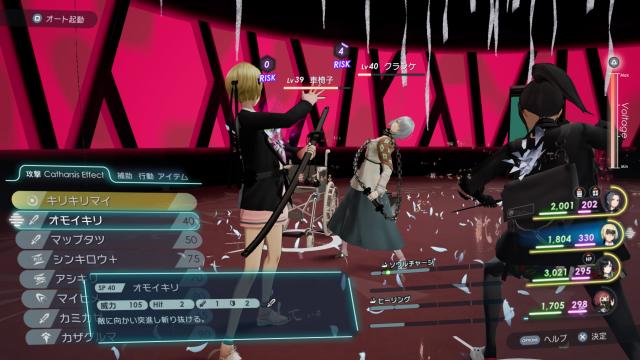 The Caligula Effect 2 at least retains the series' interesting battle system, but again it's no longer as fresh or innovative. It's strategy-focused and turn-based, with a twist of letting the player delay characters' actions in order to maximize their effect. Most attacks are boosted by certain conditions, such as if the opponent is downed, if its risk level is high, and so on. Between turns, you can preview all moves and be precisely plan things out. For instance, one party member might throw an enemy in the air and another one can use a highly efficient move as a follow-up. You can also interfere in the risk level of the enemy, increasing it to unleash your finest moves. Typically, Kiriko's samurai job is highly suited to such a strategy and is very cool to use. In short, the battle system is as clever and enjoyable as ever. 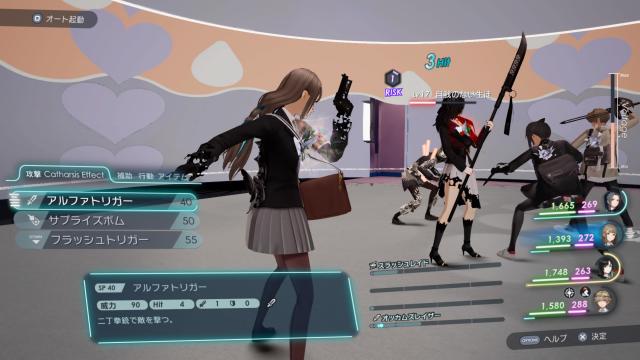 What is far much less so is the general balance of the game. Not only are battles monstrously long, but you need to beat virtually every monster on your path if you want to collect enough experience to win the (very difficult) boss fights. This absolutely destroys the pace of the game and made me want to quit more than once. The strange thing is that the difficulty suddenly drops around chapter eight, as if the development team had readjusted it. The conclusion I would draw here is that, while the battle system certainly has merits, it's not as entertaining as before because of the balance issues. The last important point I want to make regarding combat is the music. Furyu once again hired vocaloid artists to compose some rousing tracks - the songs are lively and the remixes during boss fights actually terrific. It's just a shame that you can't hear them afterwards, neither in the jukebox of the hideout, nor even in the original soundtrack (included in the prohibitively expensive limited edition). 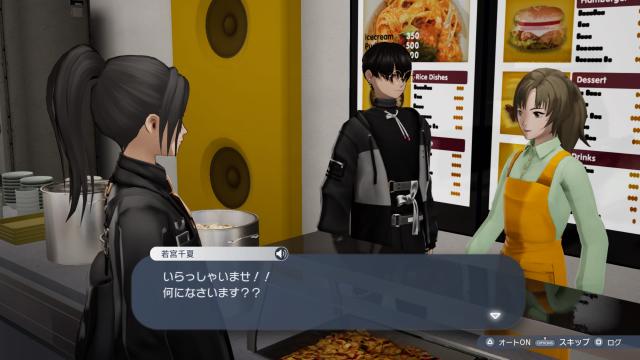 The Caligula Effect 2 features shockingly outdated graphics and horribly stiff animations. I remember (and did double check) The Caligula Effect: Overdose being a bit sharper in terms of modeling, and better animated too, and that was three years ago. Even the main menu feels bleaker in this sequel. Unlike The Caligula Effect: Overdose, The Caligula Effect 2 was obviously not lead-developed on PS4, which is disappointing. Should we really tolerate clanky gestures, hideous locations, and hollow expressions in characters' eyes in 2021, while all other small-sized Japanese developers (Gust, Compile Heart, Falcom, etc.) are making graphical progress each and every year now? It's not about being a small or a large, well-funded studio, but more about giving your best, and I don't think Furyu did that at all here.

The Caligula Effect 2 is basically The Caligula Effect with different characters, poorer writing, and less enjoyable gameplay. Unlike the two previous games, this sequel doesn't innovate in any way, nor does it boast any compelling content. There's also a clear lack of polish. The clever battle system and the fresh ideas introduced by the series deserved far better than this for a sequel, but Furyu seems to be driving the franchise into a dead end.

I played Caligula Effect: Overdose a while ago, and from what you're saying here, they didn't really adress the bigger problems of the game. Does it still have the game-breaking special attack mechanic? That made combat quite a non issue in the first game. Does it do something different with the social mechanic that lets you recruit other students to the party, or is it still something not really worth anyone's time?

Nah. Found the game pretty good just lower budget. Huge improvement over the original and a pretty fun Persona alt from the creator of Persona. OST is pretty solid. Everything was improved. Dungeons are better. Story is better written. The Battle system is more fleshed out. Then again you seem to hate any RPG, not from a well-known franchise. I give your review a 0/10 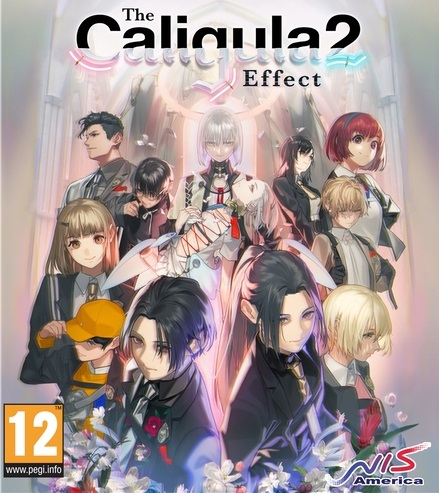