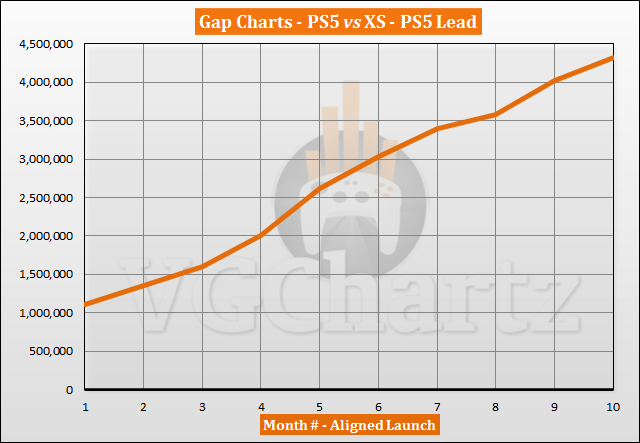 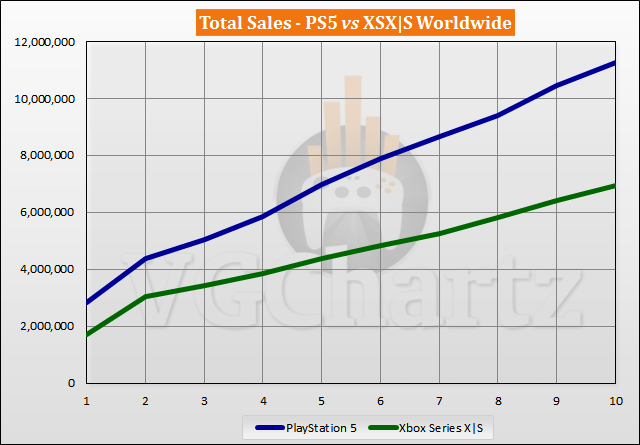 Yeah but the gap widens

Yeah, but neither are broadly available. So the real test is what happens when they both are. It will likely be interesting.

The Series S is available pretty much everywhere except the US

Yeah, it does appear to be the U.S. and Canada where it's hardest to come by. In Canada too, it sells out pretty much as soon as it's restocked.

I understand why Sony had an initial lead, as they didn't wait for the full RDNA2 implementation to be ready, and lived with a subset of it so that they could enter volume production sooner. I wonder what's accounting for them continuing to out-produce Microsoft?

I think Xbox is using a lot of their chips for XCloud pcs and consoles, at least I heard that somewhere, otherwise idk

Oh, that's an interesting point, actually! Every time you stream off of Xcloud, it's running off of actual Xbox Series-based hardware. As they scale up Xbox Cloud Gaming, that would definitely get in the way of them shipping new units to retail. A problem Sony doesn't have, as their streaming options are entirely last-gen at this point.
Good one, TWC!

First they only upgraded to xbox series X in recent months not at launch and the gap has only widened recently.. Second is the fact they are releasing as many as sells. The Series S is in stock everywhere apart from the US now and has been for months showing launch demand has died down (proof https://smile.amazon.co.uk/Xbox-RRS-00007-Series-S/dp/B08GD9MNZB). MS is doing what Nintendo always do and releasing as much as they think will sell the console out. If they released as much as PS5 right now there would also be series X in stock and readily available. Creating false demand is a great sales tactic and MS know how to sell like the best of them.

There are millions of people with Game Pass Ultimate, so Microsoft may still be in the process of converting their servers from Xbox One to Xbox Series-grade hardware. And they're presumably also constantly scaling up that service as Game Pass Ultimate subscriptions grow and/or more subscribers start using the cloud-based services. So I suspect they're directing Series-grade hardware to the Xcloud services on an on-going basis.

And the Series S is also in tight supply in Canada, as well as the U.S., still.

Since you make money selling software and accessories, having sufficient demand that Series X is getting scalped doesn't make a lot of sense to me. Creating false demand can be a good sales tactic, and I readily acknowledge that's a thing that happens in business sometimes. But it can be a lost opportunity to grab customers who are tired of waiting for a PS5, so I'm skeptical that MS would want to keep unsatisfied demand this high.