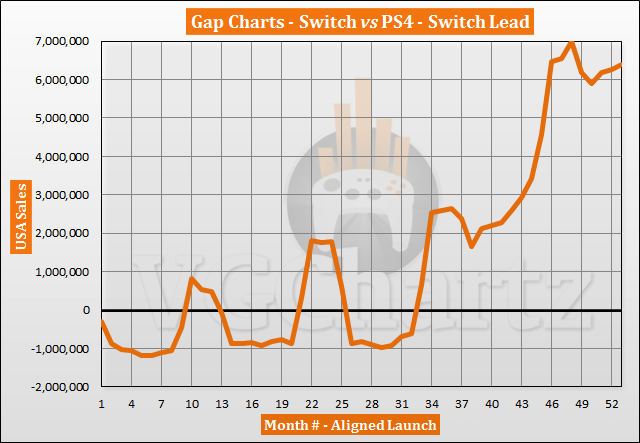 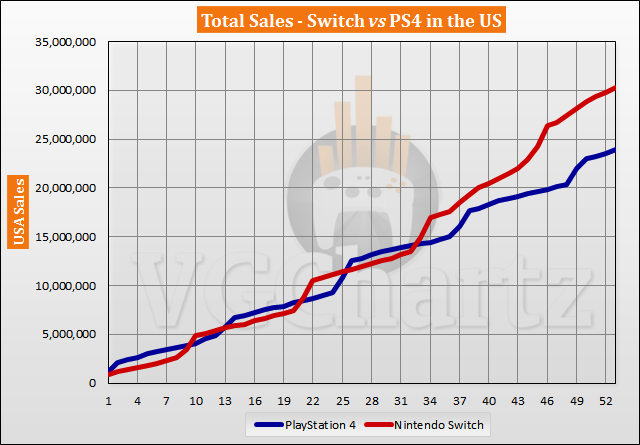 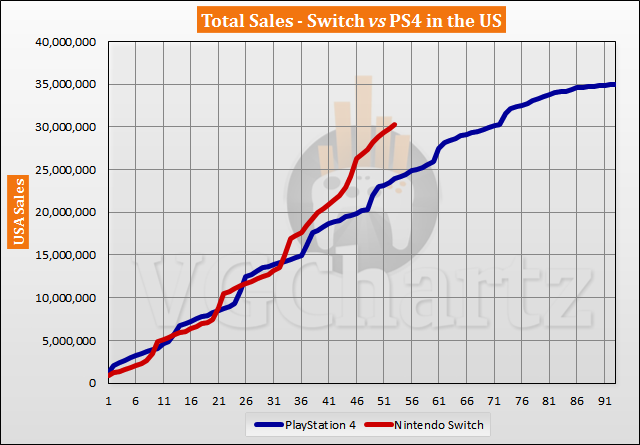 The PS4 did not reach the current Switch sales until month 73 where it sold a total of 31.52 million units.

The PS4 has been available for 93 months in the US and has sold 34.97 million units. The Switch is currently 4.66 million units behind the lifetime sales of the PS4.

Switch will get close to these number by year end.
We need a Switch vs 360 comparison.

That's what makes it interesting though. And it will only be 10-11 million to go after the holidays.

First in line is the Wii

Wii is pretty much a guarantee at this point. Unless the "cliff" start now :D

Crazy that as recently as late 2019 PS4 was ahead, and now the Switch is leading by over 6 million.
For 32 months they danced the double helix, then Switch ignited its afterburners.