Remedy Entertainment released Control in August 2019 and the game has since seen a steady number of new players as it gets released in more platforms. The developer announced over 10 million people have played the game.

"Control has already reached a formidable audience, having been played by over 10 million players," said Remedy in its latest earnings report. "The growing audience and brand awareness are valuable as we continue to support Control and develop Condor." 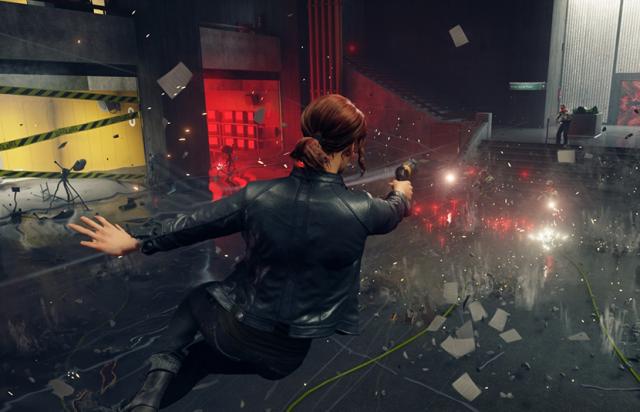 Remedy added a sequel to Control is in pre-production. It will have a bigger-budget than the original game.

"We are in the early conception phase for a future, bigger-budget Control game," said the developer.

Despite Control getting a little "out there" with the story (especially near the end.) there is so much about this game to love.

In fact, it is one of the most original games I have played in quite a while.

It's the kind of game that reminds me of back in the day when developers would take chances on obscure games that didn't exactly fit the normal "videogame model" in an effort to tell something new and original.

I wish we had more of that kind of thing in the gaming landscape instead of just churning out sequel after sequel (I understand that the sequel route is less risky as you already have an audience built up, but still...).

For all those out there who are still on the fence about Control go out and dive into it. At the very least you can walk away saying it was original.

Yea I loved the game. Even the story was great to me. Remedy I noticed tends to take more chances then most. Alan Wake was similar in that you just used light as your weapon and it worked.

Good thing Remedy has always been out of the box with their games. Let's hope they continue this way.

Agreed. The only one that really didn't catch me was the time travel one and I maybe didn't give it enough of a chance.

Yeah at first I didn't understand why it got the game of the year nominations, but the more I played it I started seeing it and I love the bits of Finnish culture the devs put in.

Sounds great... I honestly think this approach to sequel development is better, i.e. don't jump into it immediately but give it time to simmer... Also makes sense, since they should likely have other plans under way even before the previous game is finished, and dropping them to make sequel would be premature and inefficient (considering time needed for pre-development etc, even of sequel, which would have already been completed for other projects planned as next games). I guess I say this because of the hysterically negative opinions about Days Gone not getting immediate sequel, which I think is totally fine and not in any way opposed to the game getting a sequel eventually. If everything hinges on immediate impulse gratification then it's probably not that great of a game concept, developing a strong enough concept to draw people back to the IP just raises the bar IMHO. I think the industry trend to sequels really just trains people to binge on stuff like that, which isn't really best for creativity IMHO, but most consumers aren't really prone to question their impulses.

Was this on Gamepass? Bc that’s a huge jump compared to the last sales I heard. I hope the sales made it profitable! It’s one of my favorite games in that entire gen. Might even be #2 behind GoW. Brilliant, brilliant writing and world-building. I read everything bc I was so engrossed.

Game Pass and PS Now, so I guess they count every single user that launched the game even for trying at least 1 min

And PS Plus free game for both PS4/PS5

congrats remedy,
as i have said before havent played a single game from them,
gonna try control complete edition free on ps plus on ps5! lez go!

congrats remedy,
as i have said before havent played a single game from them,
gonna try control complete edition free on ps plus on ps5! lez go!

More than I thought. Good for Control and Remedy - seems like a cool game. Gotta check it out someday.

Deserved, great game, and my favourite game of last year

I enjoyed it personally and can't wait to see more of this universe. Remedy needs to keep working on building out their shared-universe meta, get with Microsoft to convince them to allow a Quantum Break tie-in for Control 2 as a DLC or whatever. We already know the two games exist in the same universe, just like Alan Wake, as the Federal Bureau of Control was listed on a whiteboard in Quantum Break, and Martin Hatch, one of the villains of Quantum Break, is strongly implied to be the Control character mentioned in Dialogue known as Mr. Door.