Developer Playground Games in Episode 5 of its Let’s ¡Go! series for Forza Horizon 5 has revealed the complete map for the upcoming racing game and has since posted an image of the map on Twitter.

Creative Director Mike Brown did reveal the map for the racing game is 50 percent bigger than Forza Horizon 4, which was set in Great Britain.

"It’s 50 percent bigger, so one and a half times the size of Forza Horizon 4's," said Brown.

View the complete map of Forza Horizon 5 below: 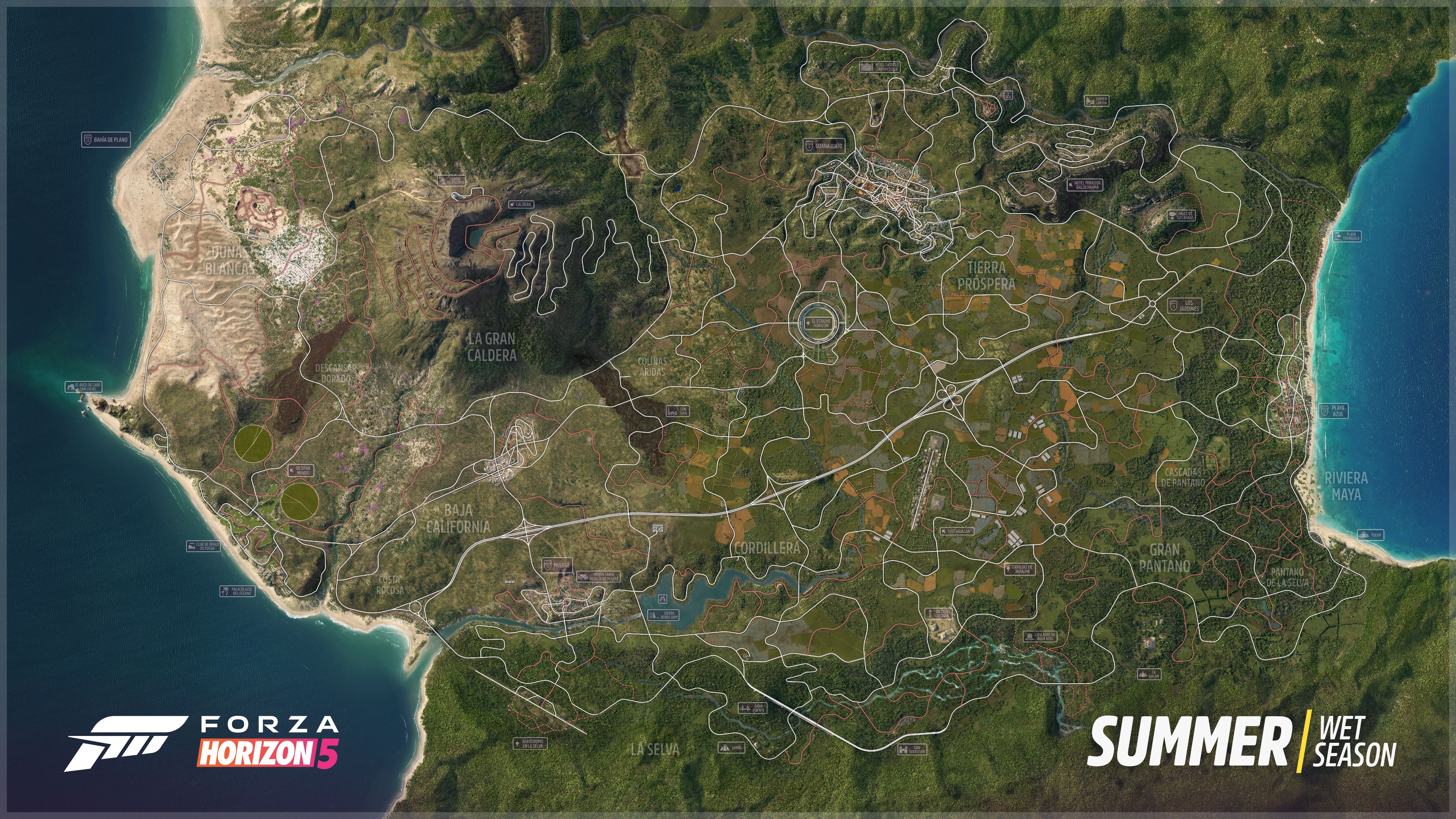 Playground Games last month revealed the 11 unique biomes that are featured in the game:

View Episode 5 of its Let’s ¡Go! series for Forza Horizon 5 below:

"Summer - Wet Season" I was wondering how they would translate seasons into a country on the tropic of cancer. And now we know!