PS5 Best-Selling Console in the UK in July, Nearly Outsold Every Other Platform Combined - Sales

The PlayStation 5 was the best-selling console in the UK in July, according to the head of GamesIndustry Christopher Dring. Not only was the PS5 number one in sales it also nearly outsold the sales of all the other consoles combined.

"PS5 had another great month in the UK during July," said Dring. "It sold almost as many consoles as all the other platforms combined."

Dring added the Nintendo Switch was second best-selling console in the UK, followed by the Xbox Series X|S in third. 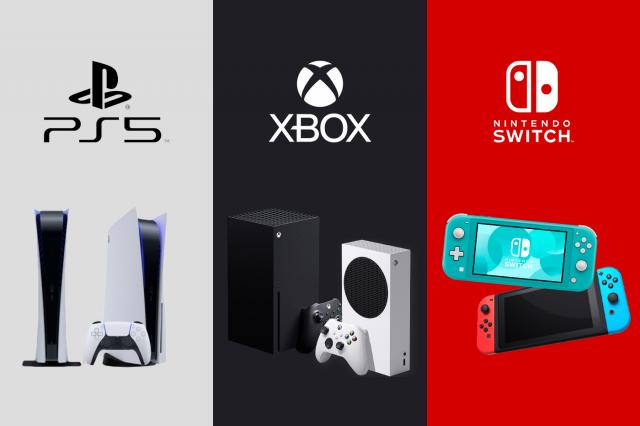 Switch sales have been pretty even throughout 2021 so far. Sales in July for the hybrid console are slightly up compared to June, are down compared to 2020, and is up compared to 2019. As he mentions pandemic comparisons are tricky.

"Switch has been pretty much doing the same numbers every month all year," said Dring. "Slightly up on June. No.2 overall. Down over 2020, but up over 2019. Pandemic comparisons make things tricky."

Dring added in the UK all three console makers have a decent sized audience, though Sony usually comes out on top. One exception was the PlayStation 4, which came in third place behind the Xbox 360 and Nintendo Wii.

"It’s the third biggest," added Dring about the sales for the Xbox Series X|S. "The thing with the UK, is that it’s a market where all 3 console makers have a decent audience. Sony typically comes out top, but they were third place during the PS3 era."

PS5 had another great month in the UK during July. It sold almost as many consoles as all the other platforms combined (almost)

The big question however is...

Ebay? I casually look every now and then, a visit to Argos or John Lewis in the morning when I get to work. but been too busy with life and work to properly buy one. I have 4 or 5 friends with one now. Yet when I look, never in stock. They are weird though and sign up to mailers and alerts. I'm at work busy, I don't have time for that.

It's funny but I can't remember another time in videogame console history where acquiring a console was this difficult.

Usually Switch outsells all other platforms combined, so this is quite special – even for an european country. UK seems to have quite a good stock of PS5 consoles.

it took me weeks to get one had to follow stock tippers on twitter managed to get one from GAME after waiting in a virtual queue for hour and a half.. it would be easier if idiots didnt keep putting them on ebay

Easiest is to just buy one on Ebay.

As soon as my local EBGames store got stock in, they reserved it for me.
Didn't need to hunt around or pre-order.

Still easier to buy one on Ebay. You can get one right now.

I will never pay a dime over the asking price. Especially when the money goes to scalpers.

No. It was easier to be on good terms with my local store. All the work was done for me... And I got it at retail price and as soon as it was available.

Buying on Ebay is why we are in the current situation as people are paying scalpers to create this scarcity in the first place.

In short, people like yourself is the cause of the problem.

Also, is seems like some people don't understand the definition of the word easy.

Did you not read a thing I said?

Paying/promoting the paying of scalpers, who in turn create this scarcity issue.

What scarcity issue? All consoles are readily available to anyone willing to pay the market price.

Whether scalping is good or bad is not what this thread is about. I simply stated that the easiest way to get a new console is to buy on Ebay, in response to comment about relative ease of getting a console. That's a stone cold fact. Anybody can get one at any time, without searching, without leaving their house.

Not wanting to pay over MSRP is fine and reasonable (I don't want to do that either). But, it is not relevant to assessing the ease of getting one on Ebay.

Except they aren't readily available as scalpers are artificially creating scarcity to profit from it.

Ebay doesn't mean something is readily available, it means it's available on that particular platform, not in every store that sells gaming and gaming related paraphernalia.