Reviewer’s Note: Considering how story-focused this title is, it's not possible to avoid all SPOILERS.  I try my best to minimize specifics, but viewer discretion is still advised.

I'll be honest: I didn't like Variable State's Virginia.  The new developer's first foray intrigued with its no-dialogue emphasis, tied with flashy editing tricks to tell its mystery story.  While leaning way too hard on wannabeism for David Lynch, it's still a walking sim that I haven’t forgotten.  That peculiar fact drew me to the team's newest adventure.  While still leaning on cinematic affectations, Last Stop follows closer to a traditional template.  So how does it fare?

A prologue sets the scene for 1982 London.  A silly chase with the coppers winds up with a pair of friends being separated by a strange portal.  Fast forward to present day London.  Pegged as an "anthology drama," you assume the role of three distinct characters: John, Meena, & Donna.  These people vary in occupation, looks, etc. but are unknowingly linked by a supernatural phenomenon. 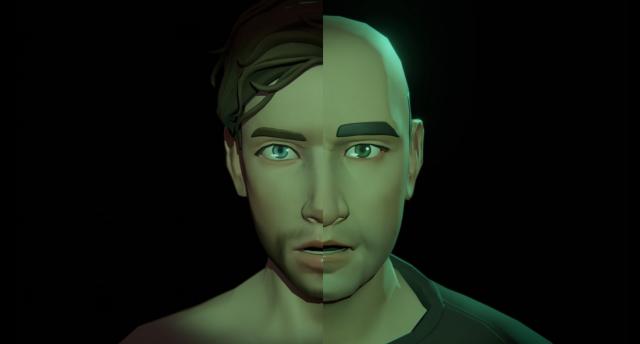 The collection of stories can be broken down as such:

These separate strands must all be completed chapter-by-chapter before getting to move forward with any favorites, which leads to a laggard build-up between them.  The immediacy of John managing a newer, fitter body while his unintended body snatcher wrestles with a more corpulent figure and newfound responsibilities must travel in lockstep with Meena's typical familial issues – including an amatory affair for cheap thrills.  Consider this with Donna & pals holding a strange man, potentially an alien, against his will and you can tell wrestling with tonal mismatches isn’t easy.  Giving players control to progress sub-plots further could've been to its benefit.

Taken in isolation, these stories are... a mixed bag on their own.  It's tough to explain in full because if my engagement seesawed for two the other would hold its own and vice versa.  The most reliable is John's body-swap story, partly for having the best writing but also for best managing a chapter's brevity.  Although there's some variation, these self-contained episodes typically hit the 15-minute mark.  When considering how that limits potentially interesting secondary characters, such as Meena's father or Donna's immediate family, you start to sense the plot being quickly pushed forward.  These characters start feeling like emotion algorithms with pre-made lines rather than authentic people. 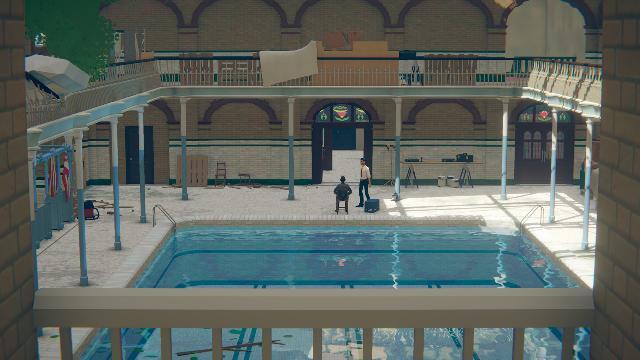 Annoying as those issues are, they don't ruin the whole narrative experience either.  This is where being a bit biased towards good British actors and funny turns-of-phrase makes the moment-to-moment more palatable.  Although the ending is disappointing, I enjoyed how the disparate threads melded together for the final act too.  They're each foisted into an action situation that reminded me of Another World and the Dreamfall series (oddly enough).  It's tough to get past how haphazardly it tries to tie a bow on everything, but the little moments make it sporadically fun.

A chief roadblock in Last Stop's narrative intentions circles back to its authoritative gameplay structure.  You know where this is going if you've played a TellTale title or anything similar: minimally interactive mini-games sprinkled between dialogue choices.  These tend to be derided quite often, but even by those standards Variable State went another level past such criticisms.  Carefully-planned cinematic angles can guide your eyes, but can't divert attention from the obvious invisible walls one might mistakenly discover.  Success often brings a trio of dialogue options that can literally be whittled down to "yes," "yes with humorous tone," and "yes with calculated affect."

Even with words at its disposal, Variable State can just as easily confuse here as in Virginia.  It gets so annoying when the dialogue wheel options have between 1-3 words and then the following sentence (or two) doesn't match.  It makes the otherwise generic template an even bigger artifice when the most "rebellious" answer seems like it's handholding you to a pre-determined conclusion.  Although often a proverbial whipping boy too, even the better TellTale adventures were smart to have clearer dialogue differences and sprinkle interesting choices outside of the finale. 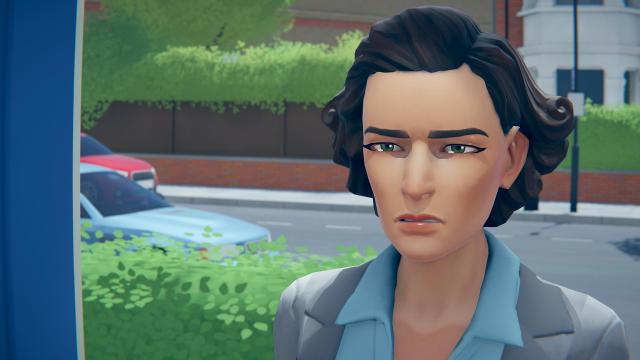 If you're among those who are able to enjoy the on-rails adventure template I'm describing, I'm still unsure how much enjoyment you'll get out of Last Stop.  Whether it's the basic QTEs to eat/drink like an automaton, the automatic actions done once getting from A to B, or the awkward pauses after a conversation and you're unknowingly given the reins again, gameplay is functionally worse than most of its contemporaries.  Outside of a couple of other novel ideas, the one big example of meaningful interaction is a terse first-person sleuthing section.  I also like how deleting photos off Donna's phone mechanically connects to her personal story.  Otherwise, the scaled-back approach from previous mechanically-limited adventures really stifles excitement.

Beyond writing and gameplay, visual presentation plays a huge role in Last Stop.  It's clear the team had to handle much more than in Virginia, from more character animations to lip-syncing, so it's a shame it was a shaky landing.  I hate to say it too, but it's tough to ignore the rubbery physiognomy when seeing two characters make out or how some characters seem like they're gawping past each other while speaking.  Getting past these newer issues for Variable State, there is a nice mix between mundane urban life and a type of X-Files supernaturalism hovering in the background.  Rounding out the list, solid sound design compliments BAFTA-winning composer Lyndon Holland's balance of original score and licensed tracks quite well. 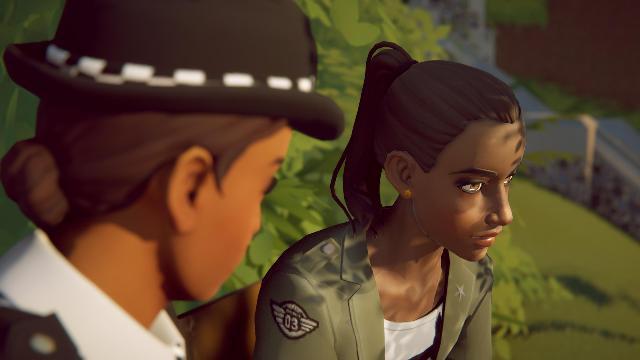 In the end, Last Stop's anthology set-up has a tendency to separate more than mix.  The chapter select structure and the disparate quality tends to make the better story (Paper Dolls) pull more than its weight.  But regardless of writing, the whole effort feels limited in enabling players to properly connect with the title's characters.  Variable State's "game design austerity" feels rigid and characterless to the point of being guided through a clear hamster tube.  An admitted improvement over Virginia for me, but it still has a ways to go.

This review is based on a digital copy of Last Stop for the XS, provided by the publisher.