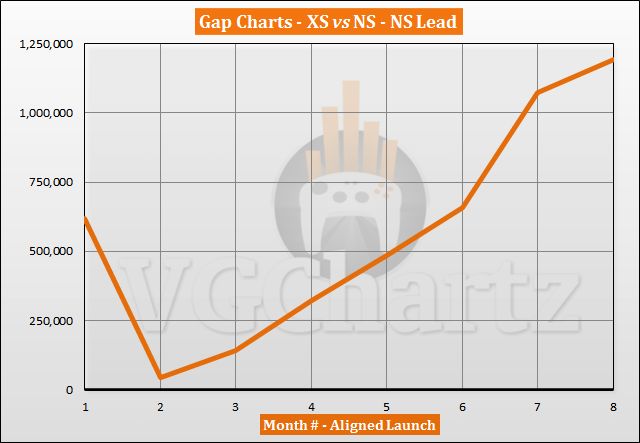 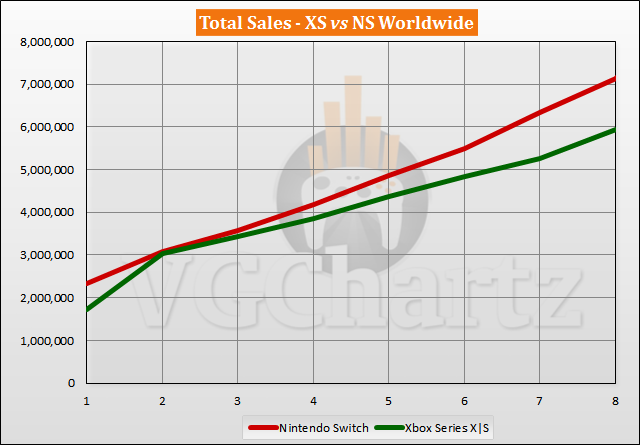 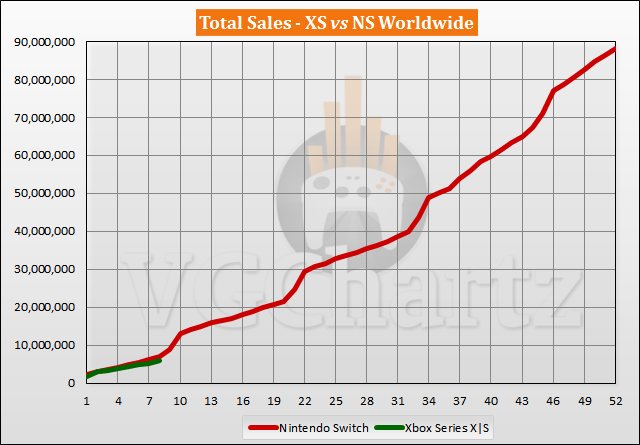 Although XS is unlikely to catch up with Switch, especially after the fourth year, Xbox sales are very good. It will be a good generation for everyone.

PS5 + XBSeries vs Switch would be a much closer competition than this.

I don't think the comparison will be fair here