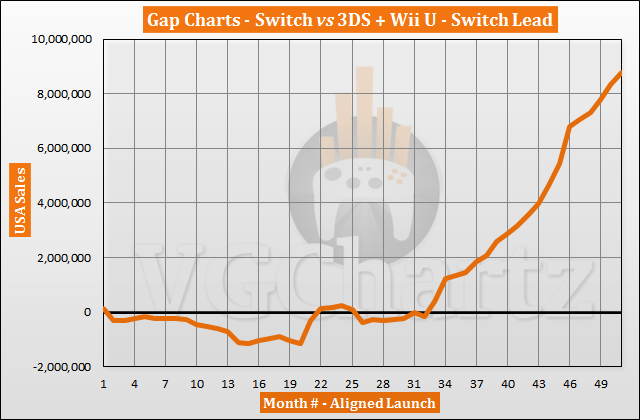 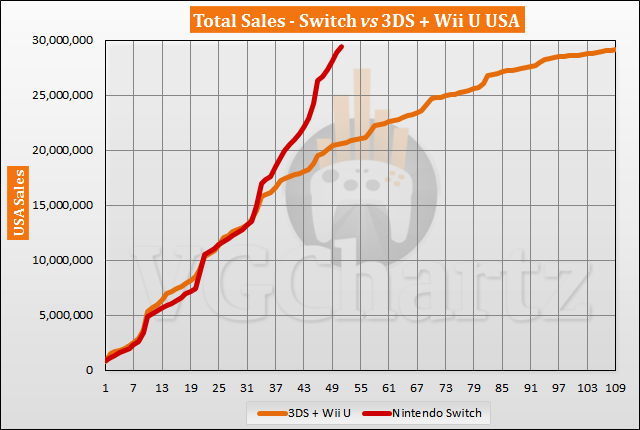 May 2021 is the 51st month that the Nintendo Switch has been available for in the US. During the latest month, the gap grew in favor of the Switch when compared to the combined sales of the 3DS and Wii U during the same timeframe by 431,701 units. In the last 12 months, the gap has grown in favor of the Switch by 6.17 million units. The Switch is currently ahead of the 3DS and Wii U by 8.77 million units.

The 3DS and Wii U sold a combined 29.27 million units lifetime in the US. This means the Nintendo Switch has officially won the race with Nintendo’s previous two platforms.

Remember back in 2017 when Switch was doing good numbers (but not exceptional) and some people claimed it is a failure because it does not outsell 3DS+WiiU combined? Aged like fine milk.

no, everyone compared vs. the Wii and DS, not the Wii U and 3DS, those two were both failures

Well, nobody can deny that Wii U was a failure. But to say that selling 76 million 3DS is also a failure... It didn't sell like its predecessor, but it sold well.

If 3DS and WiiU sold another 9 million from this point in their lifetime then I dont foresee Switch having an issue selling another 20 more and crossing 50 mil.

I guess no one would have thought in month 32 (before holidays 2019) that this would happen around 1.5 years later.