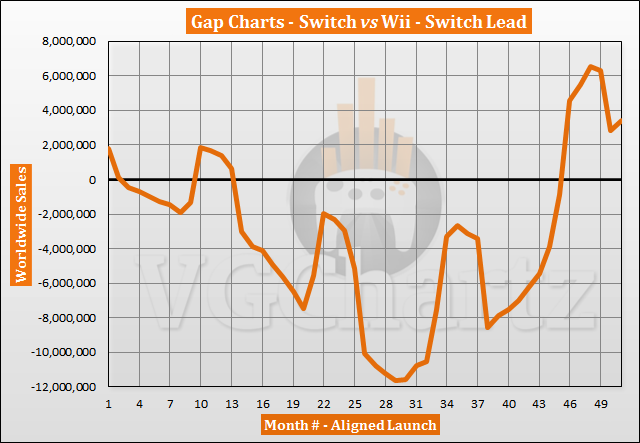 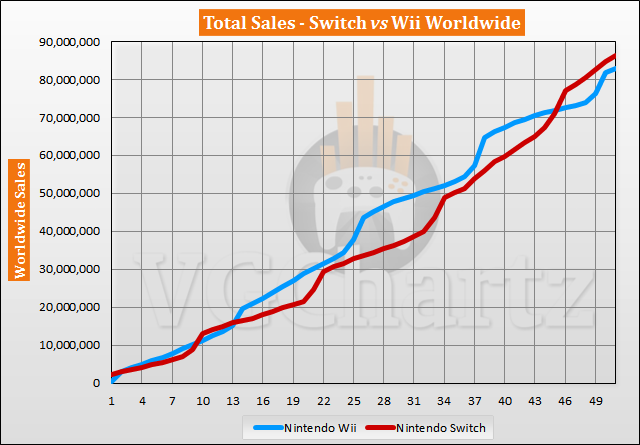 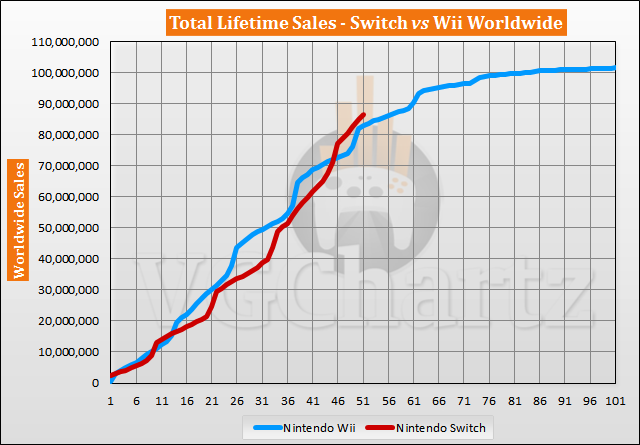 The 51st month for the Nintendo Switch is May 2021 and for the Wii it is January 2011. The Switch has sold 86.32 million units, while the Wii sold 82.94 million units during the same timeframe. The Wii reached current Switch sales in month 57 where it sold 86.83 million units.

The Wii sold 101.63 million units worldwide during its lifetime. The Switch needs to sell another 15.31 million units to outsell the Wii.

So, it is officially over. Wii didn't cross the line with it's holiday, so it will never overtake Switch again. That holiday was the last chance. Even with normal momentum Swithc is now on the path to beat Wii's next holiday, and Switch will have a holiday itself. As the Wii curve get's flatter from now on out, Switch should overtake Wii's lifetime soon, probably this holiday season.

So close, but the Wii didn't make it. Now the gap will just grow and grow.

Is pretty impressive Switch will surpass Wii's Numbers without Slowing Down yet.

The most interesting race until last year, it's now over

It looks set to overtake Wii with Christmas sales, and if the pace keeps up, it could catch Game Boy and PS4 by May-June 2022. Though certainly predicting Switch's pace is becoming more and more an extreme sport.

The Switch will outsell the Wii in November or December.

The Switch is steamrolling the Wii month in and month out.