Each game is priced at $9.99 and can be pre-ordered for a 20 percent discount. 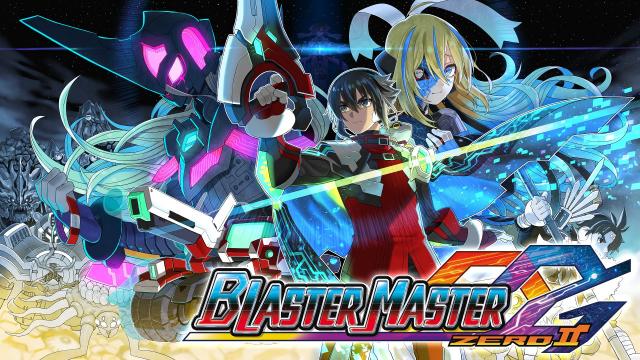 Here is an overview of the two games:

Blaster Master Zero is an 8-bit style action-adventure game that harkens back to the heyday of 2D games.

Blaster Master Zero uses the original 1988 Sunsoft classic Blaster Master as a starting point, adding new bosses, areas, and weapons while revamping the graphics and gameplay, all the while telling an expansive new story.

On Earth in the near future, the protagonist Jason Frudnick sets out on an underground adventure aboard the all-terrain battle tank (Metal Attacker) SOPHIA III.

In side-scrolling areas, control the your extremely mobile tank to explore the vast stages as you search for any mutant threats that may lurk in the shadows.

To confront the bosses, you’ll need to enter their dungeons on foot as Jason.

Defeat bosses and mid-bosses to obtain useful items and weapons and power up Jason and SOPHIA III, then use your new abilities to access new areas in the side-scrolling stages.

What encounters and trails await Jason on his subterranean adventure…?

Mutant blasting action is back! Join Jason, Eve, and Fred on an intergalactic journey!

Experience the yet-untold story of Jason and Eve after defeating Earth’s mutant scourge in Blaster Master Zero as they venture into the depths of space in their new battle tank, “GAIA-SOPHIA”!

After eradicating the Mutant Core in the subterranean depths of planet Earth, Jason’s partner Eve was infected by mutant parasites that have begun to slowly corrupt her body.

They now leave Earth behind and venture to Eve’s home planet Sophia abroad G-SOPHIA in hopes of finding a cure.