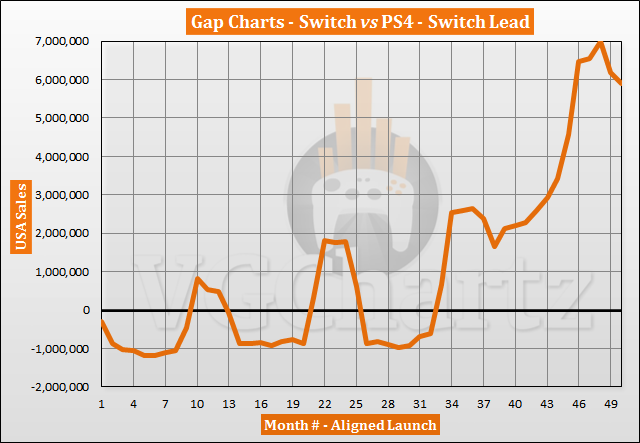 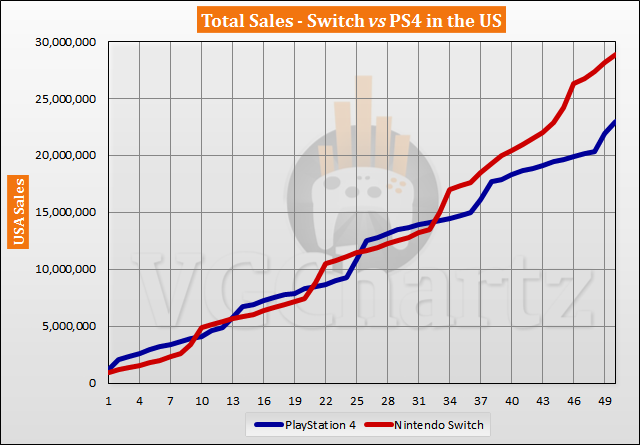 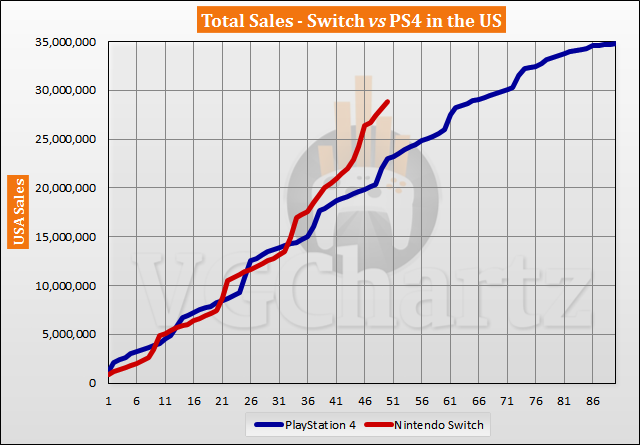 April 2021 is the 50th month that the Nintendo Switch has been available for. During the latest month, the gap in the US between the Switch and PlayStation 4 grew in favor of the PS4 when you align launches. The PS4 sold 294,165 more units than the Switch in the last month. In the last 12 months, the Switch has grown its lead by 4.25 million units. The Switch currently leads by 5.90 million units.

The PS4 has been available for 90 months in the US and has sold 34.78 million units. The Switch is currently 5.92 million units behind the lifetime sales of the PS4.

Less than 6mil to go for the Switch.
I think it can reach over 50mil in the US.

Maybe. It all comes down to when the replacement is launched. If it's 2025, I think you'll be right.

I'm expecting it to be around then.

When this one is done within the next year, I'd suggest changing it to a comparison of the Switch to the Xbox 360 in the US.

It's the 3rd highest selling console in the US, a bit over 45M.

Damn, that's more than I expected, but the US has always been the biggest market for Xbox.