I’ll freely admit that it’s been a while since I found myself caring about Mass Effect. After the original trilogy ended by effectively flushing three games worth of complex decisions and relationships down the drain, and Andromeda proceeded to pour gasoline on said drain and light it on fire, I never felt much reason to go back. Still, the recent rerelease of the first three titles in Mass Effect Legendary Edition presents as good a reason as any to finally revisit the games in the series that aren’t complete and utter abominations. 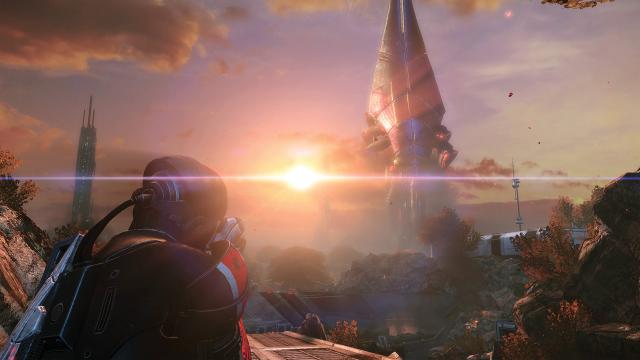 Being a compilation of all the good Mass Effect titles, Legendary Edition doesn’t see much reason to change things up. Graphical changes will likely vary depending on the platform you play it on. The PS4 version, which is the one I opted for, didn't look substantially improved. Conversely, the bits and pieces I've seen from the game on next gen consoles and PC do look a decent bit better, so if you're in this primarily for improved graphics then last gen hardware may not be the place to buy this game.

Outside of graphical fidelity, there have been a few quality of life introductions; better framerate is always nice, there's sprinting outside of combat, the vehicle handles slightly less like a drunken ostrich piloting a zamboni, and so on. For the most part, however, these are largely the same games from the late 2000s/early 2010s. As a result, the pertinent question to be asked is how well do they hold up now? 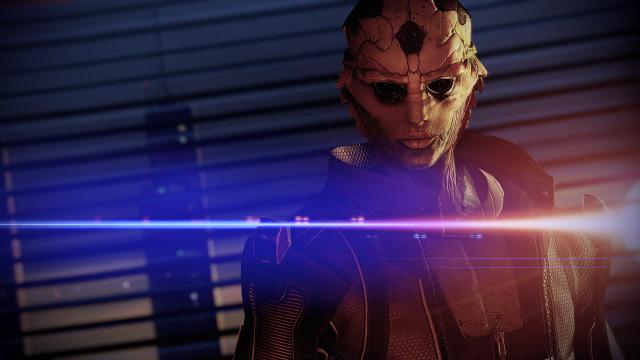 Mass Effect’s story follows the adventures of Commander Shepard, a human who might as well not have a first name for how infrequently it’s ever noted in-game. In a space age futuristic galaxy where humans and a bunch of other alien races are jockeying for galactic influence, Shepard is assigned to a classified mission that ends with them being scarred with a vision of inevitable galactic destruction. Over the next three games, Shepard traverses the galaxy, looking for a way to learn more about and eventually stop its impending doom.

The narrative and writing for Mass Effect is easily its greatest strength. I absolutely hate how old this sentence makes me feel, but with the third game in the series now 10 years old, there are presumably plenty of modern gamers who aren’t familiar with old BioWare writing. Late 2000s/early 2010s BioWare games were routinely some of the best written on the market, before EA did what it always does and choked the creativity out of the developer. Mass Effect is no exception there and contains some of the best writing you’ll find in an AAA game. 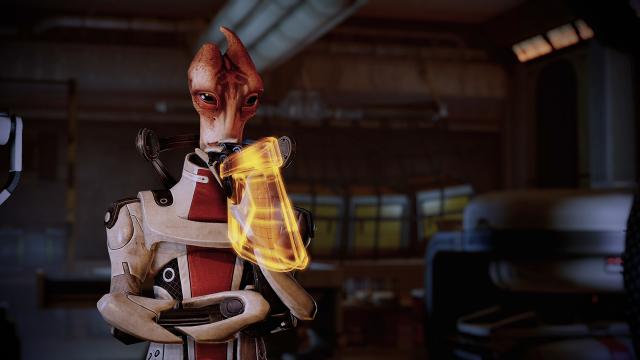 Characters are deep and compelling, and generally fairly unique and distinguishable. There are plenty of chances to talk and engage with them, and it’s impressive how much work is done to create believable backgrounds and motivations for pretty much everyone Shepherd ends up inviting onto the ship. Perhaps what’s best about it is that the game never forces any of it on you; you’re free to ignore whoever you wish, interacting and developing relationships with people you want... and even engaging in some absolutely cringe-worthy sex scenes if you so desire.

The lore and narrative are pretty solid too, although I do think they’re not quite as strong as the characters. The initial Mass Effect features the most interesting world (or worlds) of the three, with humanity as the new kid on the block in the galactic theater, trying to desperately claw its way into receiving whatever attention and respect it can get amongst the more established alien races. Future games largely drop this plot line, which is kind of disappointing. That said, the backstory for the universe and the larger threats are both interesting and, perhaps most importantly, designed well enough that I want to learn more about them. 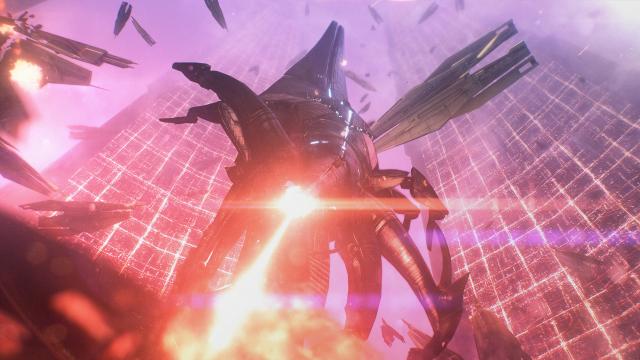 A big part of the writing for Mass Effect comes in the form of player choices, and you could realistically argue that making tough decisions is the core of Mass Effect’s gameplay. Throughout the series, the player is repeatedly asked to make significant decisions, and many of the choices do have exceptionally far-reaching consequences, which probably reaches its apex in the finale of Mass Effect 2. This isn’t something like Until Dawn where half the time the game will just figure out a way to make the plot do what it was going to do anyway regardless of what you picked; your decisions consistently and genuinely impact how the story unfolds (at least until the much maligned ending of Mass Effect 3 that is).

One nitpick I can make is that Mass Effect shares a similar issue with Fallout 4, LA Noire, and other dialogue choice reliant titles, in that it opts to give you a general idea of what each response will be like rather than the specific words Shepard will say. This can result in more than a few frustrating decisions where the words Shepard actually says are notably different from what I thought they were going to be. One early example from the first game involves picking a seemingly soft-spoken dialogue option asking someone to please not keep secrets from a dead soldier’s grieving spouse, whereupon Shepherd grabs them by the collar and goes full blown bad cop intimidation tactics, threatening them against pulling a similar stunt. 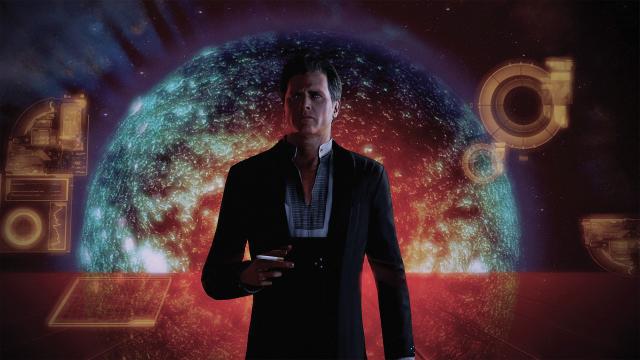 A less nitpick complaint is that some of the outcomes from your decisions feel more than a little arbitrary, particularly in the second game, whether certain characters live or die towards the end in a way that is at least partially influenced by choices you made earlier. Some of these make sense; I can see how upgrading your ship would improve the crew's chances of survival. Others are less sensical, as some characters will die if you didn’t talk to them enough or make out with them earlier. Perhaps I’m just underestimating the ability of one magical night to give people the strength to outrun the blazing flames from an explosion, though.

Those minor complaints aside, the writing is still exceptionally well done. What’s unfortunately less well done is everything surrounding it. Creating a compelling set of gameplay mechanics to support the story and the decision making is something Mass Effect consistently struggles with throughout. When you’re not chatting people up in your ship, gameplay in Mass Effect generally involves traveling from one planet to the next and assisting with whatever current problems the locals are facing. Most of the time this is accomplished by engaging in some third person shooting segments, which aren’t bad, but also aren’t particularly fleshed out or enjoyable. They’re just there, and mostly serve as a way to connect important story moments. 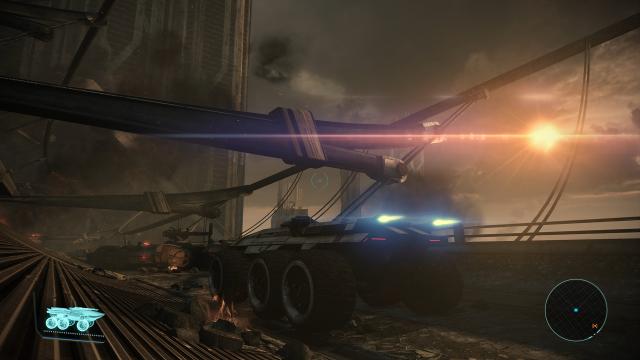 Mass Effect 1 tried to supplement its shooting with a bit more emphasis on exploration, both with walking and driving segments. But the environments are so uninteresting and the vehicle handles so badly that it really just winds up feeling like the story is just being delayed more than anything. Mass Effect 2 somehow made things even worse with a dreadfully boring planet scanning mechanic, before Mass Effect 3 eventually just gave up and made nearly everything a third person shooting section, which only served to emphasize just how underdeveloped the shooting was all along.

I’d almost be tempted to consider the gameplay in Mass Effect that doesn’t involve around decision-making to be more of a necessary evil than anything. It’s white noise, providing necessary pacing and filling space until the next story point is ready to happen. It wouldn’t have been realistic to have a climactic galaxy-spanning adventure just be limited to a bunch of people talking on a ship, which makes the shooting and exploration needed at some level. I just wish more had been done to make the gameplay as engaging as the story. 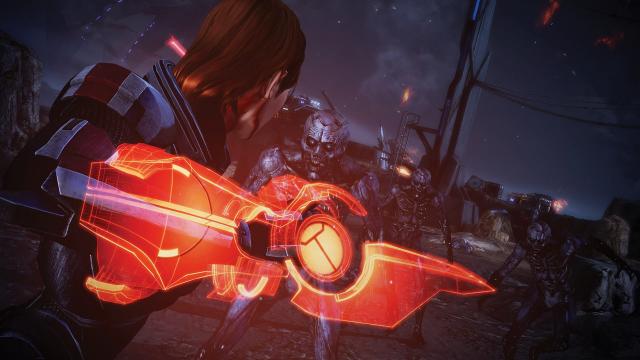 Even outside of the minor improvements on PS4, graphically, these games have aged fine. Late 2000s/early 2010s BioWare characters still have some weird facial expressions and animations, but besides that the models are all pretty clean and the environments at least generally look good. Music is also a strong point, with some very memorable tunes that fit the mood. The “Leaving Earth” song from Mass Effect 3 is probably still one of my favorite game songs to date.

And that’s Mass Effect in a nutshell. Excellent story, good decision making, mediocre shooting/exploring. Ultimately, recommendations for Mass Effect (and the Legendary Edition by default) probably come with how much fluff you’re willing to put up with to get a well-written narrative. If you don’t mind doing some busy work in-between engaging story segments, then Mass Effect will likely be right up your alley. There’s no denying that the series ends on a miserable note, but for what it’s worth, the Legendary Edition reminded me why I was so engrossed in this series over a decade ago.