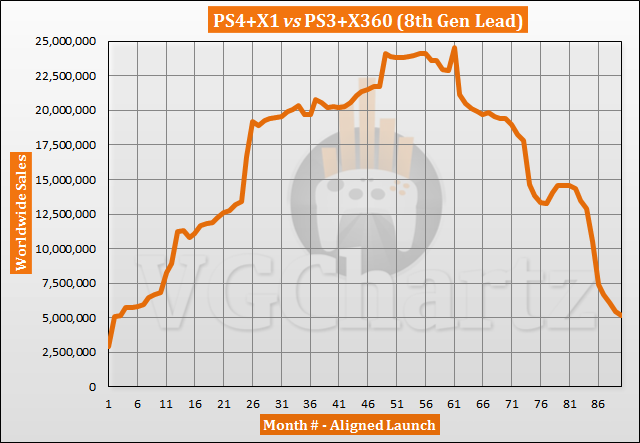 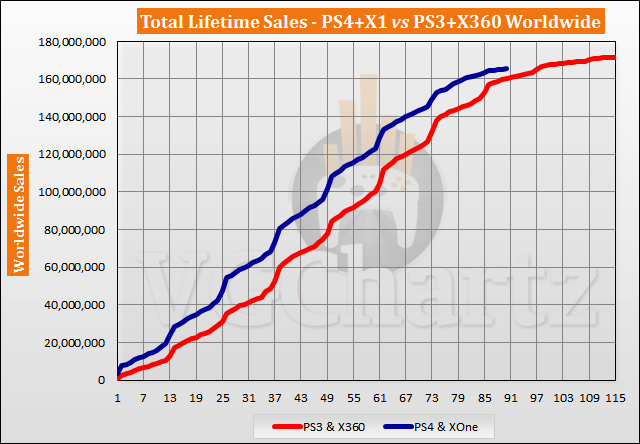 It seems the PS4/XBoxX are going to be just short of beating the PS360. It seems that the 8th gen is going to be the very first generation that sold less than the previous one.

Agreed, although it'll definitely sell more if you also include the Wii/Wii U/Switch in the comparison.

PS4 collapses and says oh my aching back.

It seems that PlayStation+Xbox have a sales ceiling of 170-180 in each generation. If this is repeated in the new one, some PS5 predictions may fall....