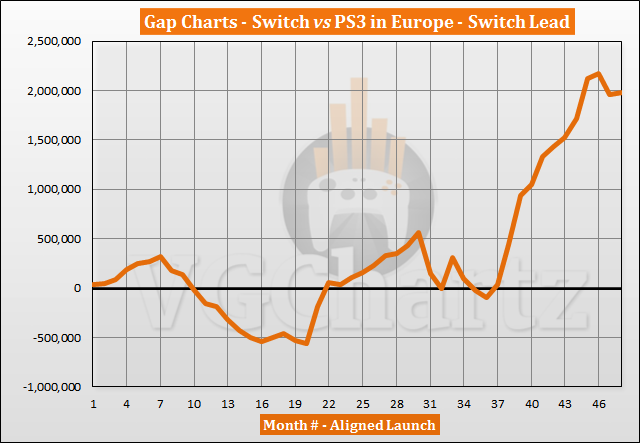 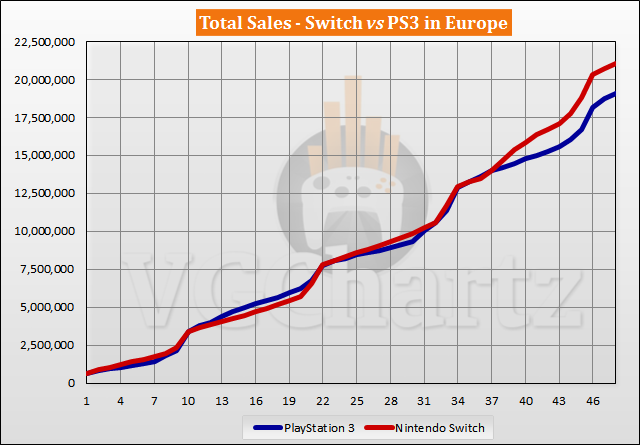 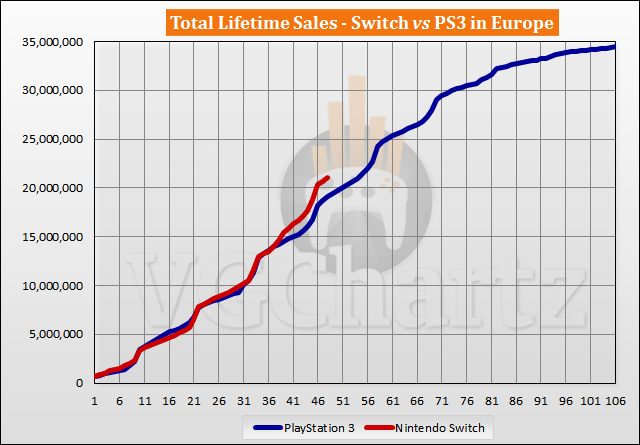 I hadn't realised they launched almost exactly 10 years apart from each other.

Really goes to show how much Europe is Sonyland that their lowest selling console isn't that far behind a system that's one of the fastest selling of all time globally.

Nintendo messed up a long time ago in europe and they're still paying the price. A small price but a price nonetheless.

How long ago are you referring to? I remember that even the SNES didn't sell that well in Europe, the Mega Drive did better numbers, particularly in the United Kingdom...

Not so much that Nintendo 'messed up' in Europe, but moreso that console-gaming in Europe became popular with PlayStation. Before PS1 it was mostly PC in Europe and Nintendo and SEGA were selling to the small enthusiast-crowd; even NES didn't sell that much relative to the US and Japan. Handhelds however have always sold perfectly fine.

Yep, Europe is Playstation heartland no doubt about it....

Crazy to see that even if the Switch is close to 100illion, it still has a long way to go in Europe (at least 10 million)

Switch will cross 40mil I hope