Mario Kart 8 Deluxe (NS) has remained in the top spot on the French charts in week 4, 2021, according to SELL.

Ring Fit Adventure (NS) is in second place, while Animal Crossing: New Horizons (NS) is in third place. FIFA 21 (PS4) is in fourth place and Just Dance 2021 (NS) is in fifth place. 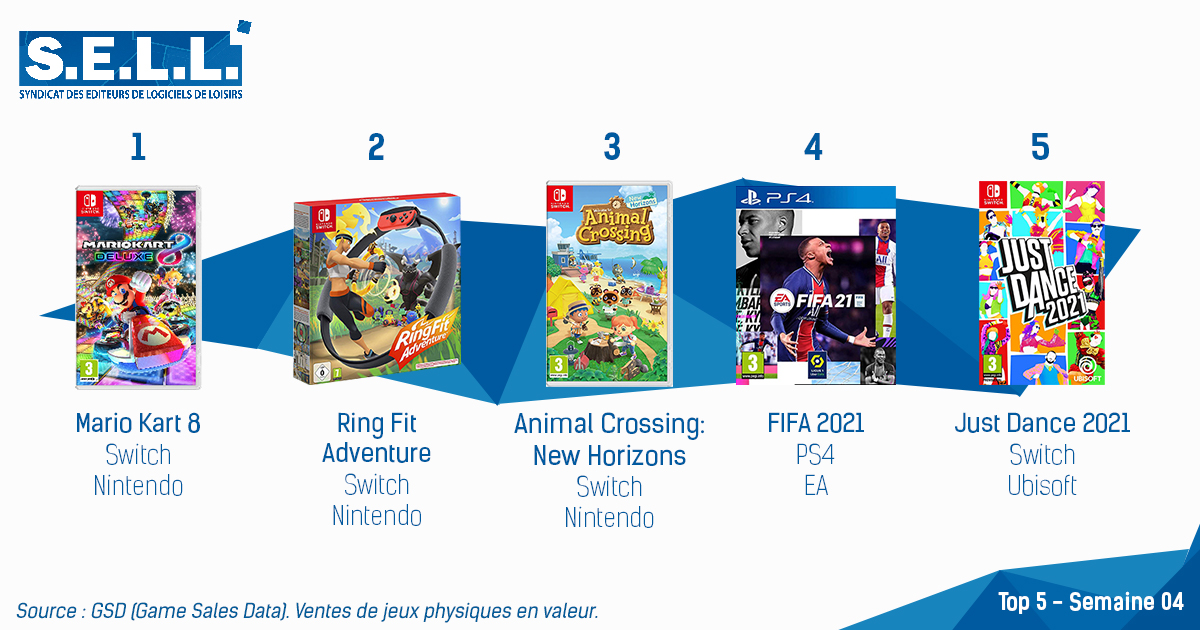 Apparently it helped Nintendo to dominate in France that the Switch costs 299€ and not 329€ like in some other countries.