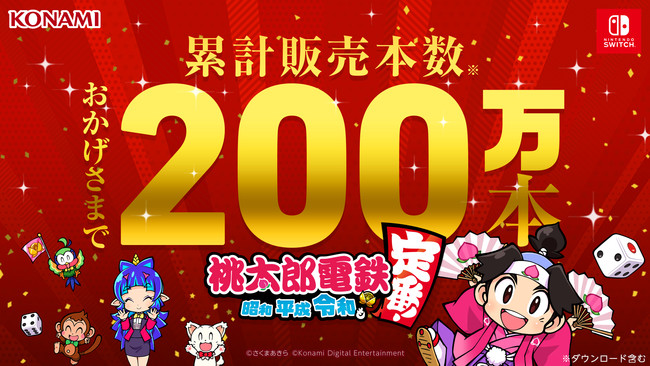 Not the Big ones with the Big franchises. They will be like:" Sony ignored japan, well , be it. We'll do the same and continue developing for the west only."

I never would have thought back in 2017 that Microsoft and Konami would be the two most successful 3rd party devs/publishers on the Switch.
Boy, have Japanese 3rd parties dropped the ball on Switch support so far or what?

For Konami at least, this game and Bomberman R shows that they really are missing out big on not doing more Hudson IPs on the Switch.

The games doesnt need to have a super high budget or the best graphics to sell 2million in Japan!

There's a similar game called "Billion Road" on Switch also released in the west, but I don't know who copied from whom.

Momotaro Dentetsu started in the nineties on the SFC and PS1.