Animal Crossing: New Horizons (NS) jumped up three spots to take first place on the French charts in week 48, 2020, according to SELL. 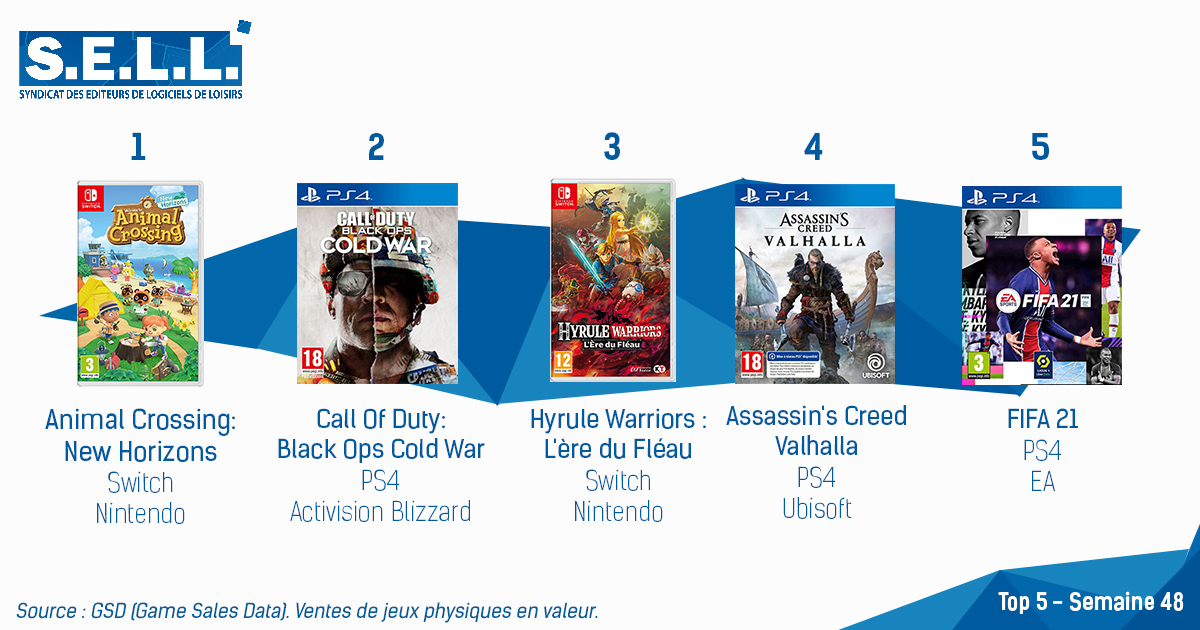