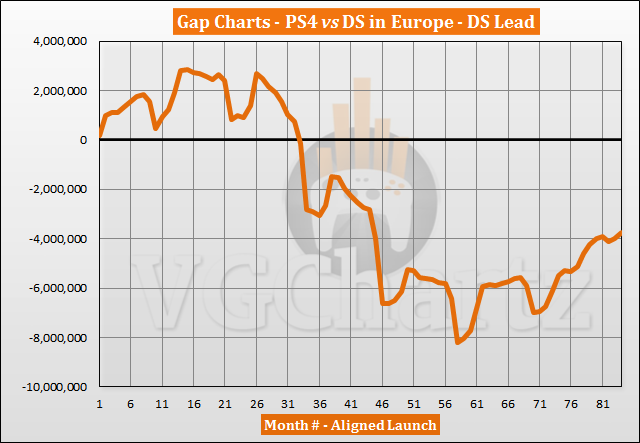 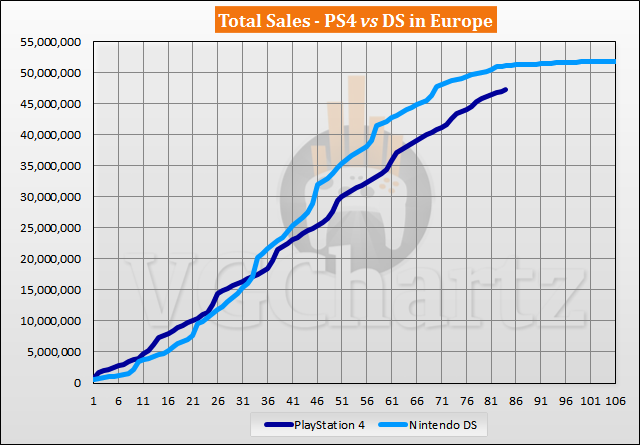 Gonna be close this one, PS4 should sell maybe 800k-1m in Nov/Dec. Then for comparison the PS3 sold 2.8m in the years after PS4 release, if it matched that it would end 700-900k short of the DS, but PS4 is doing a bit better than PS3 was at the time of PS4 launch.
I think it will depend on whether Sony cuts production prematurely, I think the demand is there to close the gap, but if they feel it's not worth manufacturing more....

PS2 will retain the crown here in Europe for a while I think, the Switch is doing well worldwide but this is Nintendo's weakest region, have to wait a couple of years to see how PS5 fares as it's a bit early to tell but I think it's the only realistic contender for PS2 for now.

PS4 should be much cheaper to manufacture at this point in its life than PS4 was. Hopefully they can get it to $199 at some point (should have done that last year I thought). If Sony wants more sales they have that option as they would definitely still be making profit while locking people into their ecosystem especially with BC on next gen for whenever those late buyers decide to get next gen (probably when those are cheaper)

Keep up the fight PS4. The glorious old champion.