Halo Infinite was originally going to be the big launch title for the Xbox Series X|S, as well as releasing on the Xbox One and PC, however, the game was delayed to 2021 with no firm release date or even release window.

Actor Bruce Thomas, who has done the motion capture for Master Chief in Halo 4, Halo 5: Guardians, and now Halo Infinite, in a recent interview (and a snippet of it posted to Reddit) said "As far as I know, it’s in the can, ready to go for next Spring."

A Spring 2021 release would be sometime from March 21 to June 21. It should be noted none of this has been confirmed by developer 343 Industries or publisher Microsoft. 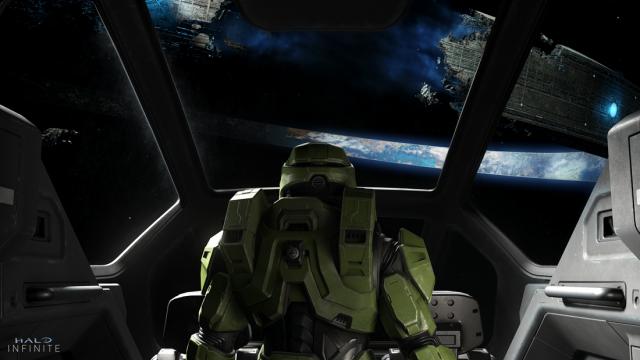 Halo Infinite will launch in 2021 for the Xbox Series X|S, Xbox One, and PC.

I hope so, I was really looking forward to Infinite releasing this year. Spring 2021 wouldn't be too long of a wait (hopefully it's early spring, march/april).

Spring? Would be very surprised if the game looks any different than the last gameplay which didnt look nextgen at all.

Spring is what I was expecting really. Lines up with the statement from Phil saying that they were waiting on Xbox Series supply to catch up with demand before they release Halo, as well as the other Xbox exec saying they were expecting Xbox Series to sell out until March. If they finally meet initial demand by in March, it will take them about another month to manufacture several hundred thousand more Xbox Series units for Halo to move, so late April or May release I'm guessing.

When i made that claim in another thread i was downvoted by the usual Hynad and co.

We heard in early November that the game is essentially content complete. Barring a major redesign of multiple campaign elements, there's no reason to expect a super long delay.

Why would a mo-cap actor have any idea about the release date?

holiday 2021 would be better

At least since it is someone that is talking directly and from his conversation with the team (although I don't think he have permission to talk) this could be accepted as current timeline for launch.

If rumors are to be believed the fall is reserved for Forza Horizon 5, Starfield and possibly a Unannounced published game. Halo would be overkill for what is just a technical polish at this point.

This means, they are just putting makeup on the pig, instead of really fixing things.
March/April launch, is too soon to drastically change halo infinate from what we saw last time.

Just a reminder. The footage shown in July was said to be from a build that was 2 months old at that time, so a build from May. With a May 2021 release, it would have a year of extra development on top of what was shown in July. I mean we obviously shouldn't expect the game to come out looking like it was built from the ground up for Xbox Series, it is clearly still a cross-gen game, but I'm sure they'll have updated the environment textures and character models, fixed the pop-in issues, and added in the raytracing they said they had planned.

If the game is good, I can tolerate underwheming visuals. Also the game was finished according to MS. So the delay might be focused on polish.

@JRPG - What exactly do you want them to fix? The visuals were the only main complaint i heard of.

The audio and gameplay looked amazing. Some had problems with the graphics. Months and months of time to tweak things is more than enough to make the game look better. With how late XSX dev kits were, what we saw in the reveal was essentially a fancier looking Scorpio version.

Games are routinely delayed for months. I know you're talking out of your butt and have no real answer to this, but what evidence do you have that 6+ months of delay is really nothing substantial?

Yup, i knew Supply was part of the reason.

Imo I wouldn’t say that. But it’s a nice coincidence to launch once supply is readily available.

Well it only makes sense to delay it to fix the visuals as well as wait for supply to catch up. Halo has the potential to sell 10+m copies. As a business stand point it makes no sense to release the game with short supply with less than 2m consoles sold as well as scalpers also hoarding the systems. Halo simply needs more customers which is has the fanbase but not the units in the public.

Except that's counter intuitive to virtually everything we know and understand about video game sales. If they could have launched at launch, they would have. Absolutely nothing to do with supply.

@Dallinor Tell that to Microsoft for delaying the game until more supply arrives.