FIFA 21 has debuted at the top of the German charts in October 2020, according to the German association for video games.

Nine of the top 20 games are exclusive for the Nintendo Switch, while the rest are multiplatform titles. 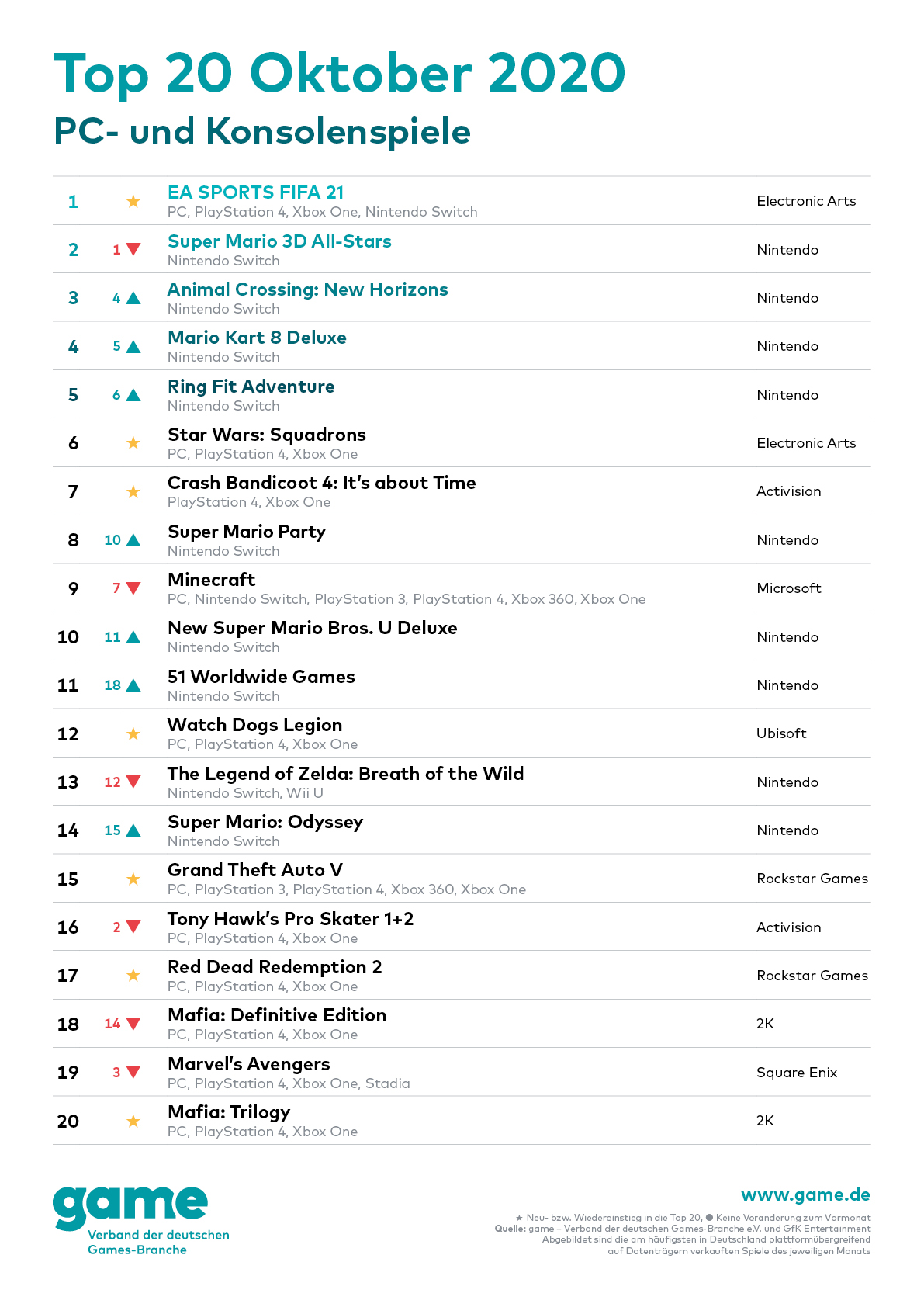