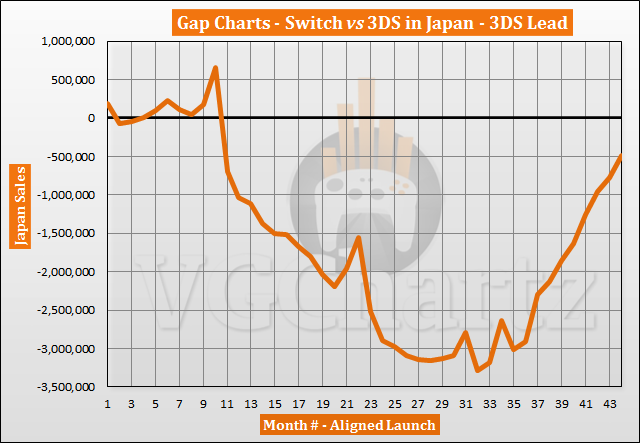 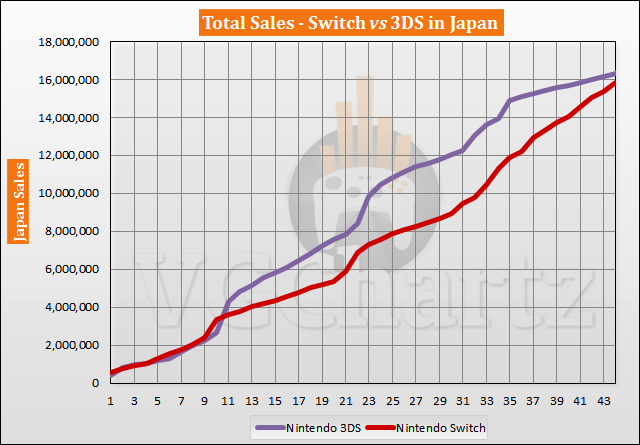 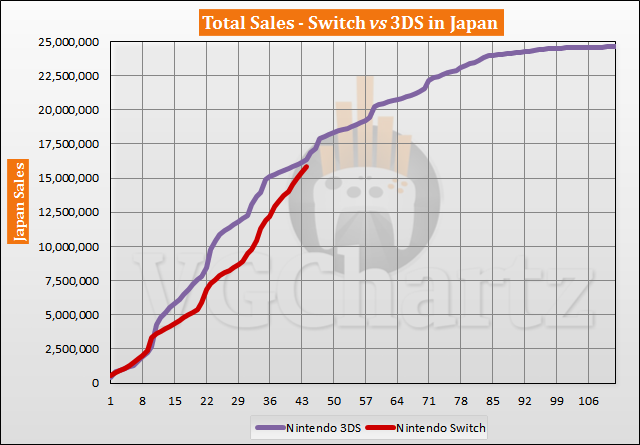 October 2020 is the 44th month that the Nintendo Switch has been available for in Japan. During the latest month, the Switch closed the gap to the 3DS by 281,573 units when you align the launches. In the last 12 months, the Switch has outsold the 3DS by 2.79 million units. The 3DS is currently ahead of the Switch by 491,944 units.

The 3DS has sold 24.64 million units lifetime in Japan through October 2020. The Switch is currently 8.80 million units behind the lifetime sales of the 3DS.

Switch : You wanna see some speed ?

I think here also we can start comparing the Switch with the DS now. Who would have thought that before the release of the Switch???

A cross is very likely to occur soon.

Ok that is a bit mad.. I still think it will struggle to match the DS but it's starting to make it a possibility