Jim Ryan: PS5 Price Was Decided in Early 2020 Before the Lockdowns

Unity Chief Product Officer Brett Bibby in an interview with GamingBolt says Microsoft's Smart Delivery for the Xbox Series X and S is a "winning move" and will help extend the life of Xbox One games.

"Giving players more options to play is always a winning move," said Bibby. "Smart Delivery on Xbox is a great example, no doubt extending the life of many Xbox Ones that would otherwise be sitting in a closet once replaced.

"And by using the PS4 to stream PS5 play, Sony is creating a similar opportunity for their audience. Games have long ago left that ‘niche’ feel behind them; they’re something everybody does. The changes we’re seeing this generation really reflect this, providing more opportunities to play what you want when you want – and wherever you want." 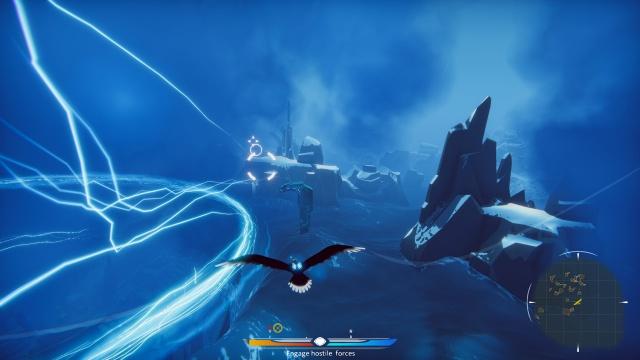 The Falconeer developer Tomas Sala was asked also asked about the importance of backward compatibility in the next-generation consoles and said something similar.

"Making games playable across generations is a great way to extend the life of a game – especially if it’s one that keeps players engaged with seasonal content or ongoing updates," said Sala.

"Smart Delivery is an especially clever way to do this, as it lets creators deliver an optimized version of their game to whichever platform a player prefers."

The Xbox Series X and S, and PlayStation 5 are now available.

For anybody confused, MS is trying to tell people your Xbox One purchase will also get you the Xbox Series S/X ports as well. That's what Smart Delivery is. Titles just relying on BC are not Smart Delivery.

Thanks for the clarification. I think Microsoft could have done a better job explaining how it's different from normal BC.

I still don’t get it. Watch Dogs Legion on PS4 for example, gives you the PS5 version for free and vice versa. Is that like Smart Delivery or not?

It’s the same thing, only different is that Sony is not using a Marketing term like Microsoft is doing.

Yup it's pretty much the same. I think Sony isn't highlighting it as much because only some of their first party games are cross gen, but as far as I know if a Sony game has a PS4 and PS5 version, you get both of them when you buy either one.

I don't get what's so special about Smart Delivery. Isn't Sony basically doing the same thing with PS4 and PS5?

Yeah, and the weird part instead of acknowledging that basic reality, they deflect to some other unrelated thing Sony is doing. What is the point of interviewing game engine developer if you can't discuss technical features relevant to his position? Oh, because it's clout and that means clicks.

I think his point is that Smart Delivery allows someone with a X1 and Series X or S to play their games on both consoles. I thought that if you buy a PS5 cross gen game you also get the PS4 version for free but I could be wrong.

"What is Smart Delivery? It’s all about game ownership. Simply put, if you buy one version of an Xbox game that supports Smart Delivery, you'll always have access to the best version of that game later down the line no matter which hardware you're playing it on.

That means if you buy Halo Infinite on Xbox One, then later want to play it on Xbox Series X (or vice-versa), you can. Your one-time purchase means you'll have the best version possible of the game whichever Xbox console you choose to play on.

But that’s not all. Save data will be compatible across both consoles, too. So you can pick up where you left off on the console of your choice."
#https://www.techradar.com/news/xbox-smart-delivery-explained#


In a nutshell, if you buy a Smart Delivery title then you own two versions. The Xbox One port and Xbox Series port. Titles just relying on backward compatibility are not Smart Delivery.

Just to clarify, this isn't about what Sony is doing. This is MS simply marketing one purchase gets you 8th and 9th gen ports. Honestly, I think there is a lot of confusion because the line between generations is blurry and people think this is some anti-Sony thing.

I only brought up Sony because I was trying to figure out how it's different than what they're doing and it turns out it's not. I think the reason Sony isn't marketing this feature more is because not all their first party games will be cross gen.

Yep I think downloading according to the system is a good unified way to show the titles.