Capcom previously announced the remake of Resident Evil 3 launched on April 3, 2020 and by June 30 sold over 2.7 million units worldwide.

The company has now stated about Resident Evil 3 in their first quarter results conference call "with reference to sales trends for the original Resident Evil 3: Nemesis as well, results have not especially deviated from our internal sales plan. Looking ahead, we will consider pricing strategies targeting the holiday season, starting in autumn and running to the end of the year."

Capcom added 60 percent of the sales for the game were digital, with just 40 percent physical. North America had the highest percentage of digital sales, followed by Europe, Japan, then Asia. 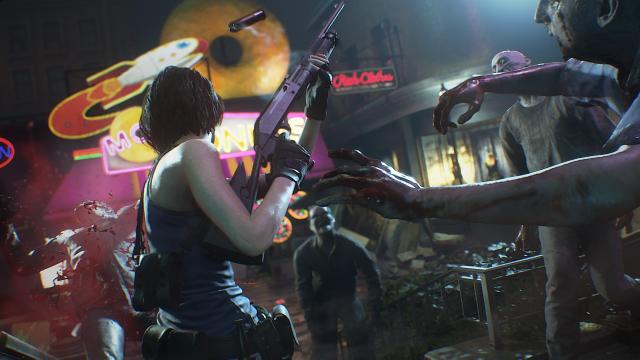 "In general, digital sales by platform were: 35% on PlayStation consoles, 35% on PC, 15% on Xbox devices and 15% on Nintendo consoles," said Capcom. "Regionally, trends overall remained the same as they had been up to this point. Looking at regional sales of Resident Evil 3 by volume, starting with the region with the highest volume and going downward in order they were: North America, Europe, Japan, Asia."

The game sold quite well only thanks to RE2R. This RE3R is a massive insult to players and will be forgotten in history before the end of this year. They clearly didn't want to make this game in the first place but they had no choice and the target were clearly not the old RE players. What a waste. I hope they'll make RE2 & RE3 Remastered with the old school cameras but only if it's real RE passionates who do it this time. I hope they fired the sloppy amateurs who did RE3R.

so are they happy or? disappointed?

Well the eventual plan is to go back to first person action based gaming for them, so it's not really surprising to hear them say that.