Publisher Microsoft and developer Obsidian Entertainment have announced the survival game where you are the size of an ant, Grounded, has surpassed one million players in 48 hours on Xbox Game Preview and Steam Early Access.

The developer also announced they will be providing monthly updates to the game starting on August 27. 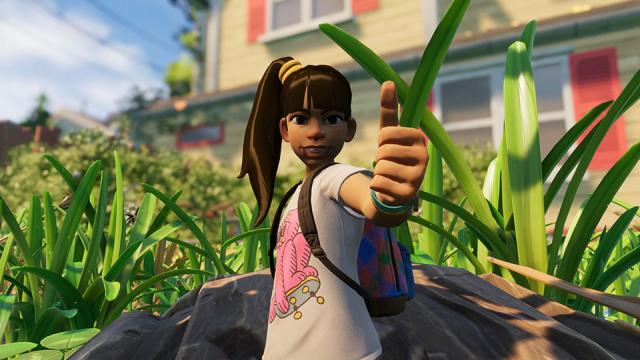 We want to thank the community for showing support for the recent release of Grounded on Xbox Game Preview and Steam Early Access. In its first two days of availability, we’ve had over one million players explore the mysterious backyard, battle giant spiders, and gather tons of useful materials — which has absolutely blown away our small team of 13 here at Obsidian!

With so many of you interested in our game, we can’t wait to bring you more to do in Grounded every month. As we look forward to building Grounded together, we want to let you know that this journey is just the start of the adventure and we will be making continued updates and fixes to ensure the best player experience possible. Also, starting August 27, we will begin our monthly delivery of game updates.

If you haven’t joined the growing community, come play in the yard this weekend! In Grounded, players wake up in a suburban backyard after being mysteriously shrunken to the size of an ant. Guided by a robot named BURG.L, players must explore, build, and survive while confronting the dangers and perils that come with suddenly being the size of an insect.

Play single-player or co-op with friends as Max, Pete, Willow, or Hoops, and be sure to watch out for those pesky spiders. Oh, if you have Arachnophobia, we have you covered with our Arachnophobia Mode making them way less…spider-like.

Grounded has reached 1 MILLION players in the first 48 hours! Thank you everyone! YOU are the reason we are having as much as we are, and without you we wouldn't be here!

To show his thanks, Grounded's Game Director, Adam Brennecke, has a special message: pic.twitter.com/zYoucNfRmm

Good job on the project, Next destination.. Avowed

And this is not just GamePass, which would be just as good. It is Number One on Steam since release. It has ~80 positive Reviews. 13 developer, 1 million players in 2 days. That was a great investment.

I am not surprised with the numbers, gamers love these types of building/survival games. It released at a good time.

I was on the ropes about this game, but its become a success. When it does well on Steam and has positive reviews, that says something.

Does XGP and early access mean it's free? And if so, is that good for a free game?

Haha whats with the downvotes? Did I offend someone with my inquiry?

No, the game isn't free. You actually have to buy it for early access. You can also play it with Gamepass so they didn't say sales. Maybe people down voted you because its was easier than explaining.

You buy it or you pay for Gamepass. No idea how "does XGP mean it's free" does let you wonder why you get downvotes. Just because I can watch Stranger Things on Netflix doesn't mean it's free.

It's also the top seller on Steam since a few days :-)

Criss, I think he meant that he was wondering if there a fee on top of gamepass to play it. Maybe a membership, or a price for the account. Idk

Criss, I think he meant that he was wondering if there a fee on top of gamepass to play it. Maybe a membership, or a price for the account. Idk

Haha whats with the downvotes? Did I offend someone with my inquiry?

Well at least gamepass give some incentives to to try out some games even if it is just five minutes.