Publisher Microsoft and developers Dlala Studios and Rare announced Battletoads will launch for the Xbox One, Xbox Game Pass for Console and PC, and PC via Steam on August 20.

The wait is over! Rash, Zitz, and Pimple are returning at last to smash-hit their way through an all-new action-packed adventure of choreographed chaos, and couch co-op may never be the same again.

One to three players will take control of the Battletoads and team up to storm through wild and unpredictable stages with only one rule – expect the unexpected. Teamwork makes the dream work in a drop-in, drop-out gameplay blast, filled with over-the-top gameplay moments that anyone can enjoy, but only a True ‘Toad’ can master.

With a unique hand-animated cartoon style and packed with memorable characters and locations, the Battletoads are back for a larger-than-life brawl across the universe that promises to be fun alone, and unforgettable together.

Not the Battletoads game I wanted, but I have Gamepass so I'll try it.

I don't generally like this art-style.. However, it doesn't seem quite as bad as I thought it would be. I think I can get over it.

So the game wasn't cancelled, good to hear. I wonder what has changed since the delay. Also what a great add. The music sent nostalgic thrills down my spine

I actually thought it would be delayed further due to Street of Rage 4 nailing a modern beat em' up. Given the delays, I hope this is a good game.

A once great franchise ruined, thanks MS and Rare. Battletoad double dragon was amazing back in the day, shame.

*of the new Battletoads, not the old games.

Judging before you play something? Interesting, oh wait i didnt think you guys even had an Xbox.

I don't own an Xbox or an icebox. Both are made obsolete by superior devices.

I don't own an Xbox or an icebox. Both are made obsolete by superior devices.

Than why are you on a site about a Xbox Studio game? Plan on playing it on Steam?

Looks like another sub-70 scored game on Opencritic. In other words another Crackdown 3, or State of Decay 2.

Does it need to be higher to be fun? Its a budget title

Some of those sub 70 games have been hits.

@Azzanation Budget titles have a much easier time getting good review scores than AAA games. There's no reason why a 2D beat-em-up should get review scores in the 60's. A budget title that can't even get reviews in the 70's is a huge disappointment.

@Puggsly Lots of awful games have been hits though. Same goes for movies. And MS continually redefines what "hit" means by releasing limited sales data. They'll announce that the game has "1 million players", or sold X amount in the first few weeks. But they seldom announce actual sales totals. Their marketing team continually uses the Texas Sharpshooter fallacy to redefine the meaning of "hit".

Even if it was 60s or 70s, does it matter? Aslong as its polished, plays well and tells a fun story. Not everything has to be a masterpiece to be good. People say Ghost (83) is better then TLOU2 (94) i think that goes to show that scores dont always matter.

And i disagree with AA games have a higher chance to score, less budget makes it harder to get things right etc.

most people on Steam like State of Decay 3 so what's your point?

@crisindahouse Most people on steam have terrible taste in games. @Azzanation nothing in the 60's is polished, plays well or tells a fun story. Ghost is an 85 without Metacritic's fuzzy math lowering the score. Opencritic is the more reputable aggregate site. When games get into the mid to high eighties and above review scores start to matter a lot less. All it takes is a single review to drop a game two or three points from such a lofty position as 95 or 90. Two or three scathing reviews is the difference between a 95 and an 85. This isn't the case when games get aggregate scores in the 60's or 70's though. That takes multiple lukewarm to scathing reviews to pull off. Haven't you ever had your grades in school slip from a 100 to an 83, just because you failed to turn in a single assignment (which in America gets you a score of 0/100), but got 100 on all 5 others? Five grades of 100/100 and one grade of 0/100 net you an average score of 83. This is just an example of how easy it is to drag an aggregate score down from the top. Battletoads isn't a AA game though. It has the production values of an Indie game. When you scale the scope back you can accomplish a lot on a budget. Take a moment to browse through the Switch's library on Opencritic. Take note of how many Indies games have scores of 80 or above. That just proves my point.

Steam users have bad taste in games? what an odd thing to say. Iv also scrolled through the Steam, Xbox and PSN library and seen many horrible indie reviewed games so your point doesn't hold up here. Critics can be wrong but if you want to base your opinion off what others say than you have no point of view as its just a copy paste opinion rather than your own point.

Many horrible reviewed Indie games? Elaborate please. My friend, I have been playing games since the 80's. I own 14 game systems. I've played enough games in my lifetime to understand that what critics say is more often correct than not. It's my own decades of experience with having played games, decided whether they were good or bad, and then having looked at what critics say and then said "Oh! I generally agree with them!", that forms my opinions on games. If you want to fault me for using the general critic consensus, then you might as well fault me for using the general scientific consensus as well. I didn't know all knowledge needed to be absolutely and strictly firsthand. I'm familiar enough with developers and publishers to generally know whether a game is going to be good or not before it comes out. This is because I've played games with the same design philosophy, or from the same studio. And I just gotta say that modern Rare is a bad developer, modern MS is a bad publisher, and a short 2 hour beat-em up with little replay value isn't going to go far with critics. But please continue to tell me how critics don't matter, while you play a limited selection of mostly western style AAA games, and a few shovelware Indie titles every year. If you bothered to broaden your horizons, you'd understand. But I doubt you have the taste to enjoy anything outside of your limited gaming bubble. I get it that you want to fault me for not playing games that are panned by critics. But what you don't understand is that I spent decades doing just that. And eventually I came to the realization that virtually every game I hated, or was disappointed in wasn't very much liked by critics either. Nobody can try to play every game on the planet. There's just too many. For a lot of games you don't even know if it's good until 10-20 hours have rolled by. So instead of buying and trying every damned game on the planet, wasting my time and money, sometimes I just refer to critics' consensus. Sue me.

You just said in another post that you don't own a Xbox and in this post, you admitted you base your opinion on others, well that says a lot about you and your negativity towards a game you wouldn't be playing anyway. I have also been playing games for decades and i have found many underrated gems that get reviewed poorly but turn out to be great experiences. To tell me to broaden my horizons when you not only admitted you are limited to a set amount of studios and platforms, as well as basing your own experiences off others, that is what i called limiting. At least i try i can say i try out good and bad games and not locked into 1 console eco-system.

You must have missed the part where I said I own 14 different systems. But keep thinking you're the one that has a wide array of games he plays. ;)

Your wide variety of games is limited to your own "I only play games scored in the 80s and 90s" boundaries. Suit yourself, not every game is made to appease everyone, this game is clearly not for you if you have already damned it.

BTW let me tell you why you find so many games to be underrated. It's because you don't play Nintendo games, JRPGs, Sony exclusives, Anime style games, or Retro games. Because you've barely played anything good, everything is new and exciting to you. Those games you personally thought were great experiences took most of their ideas from much better games that you have yet to play. What I and critics will see as bog-standard game design, you are going to see as fresh and innovative.

Lol you are like someone who tells a movie critic he doesn't know what he's talking about because he refuses to watch Schlock films that go straight to Netflix. Yeah, I mostly play games in the 80's and 90's. That's because I spent decades playing games rated below that, and found most of them to be lacking. But please keep ignoring that bit. 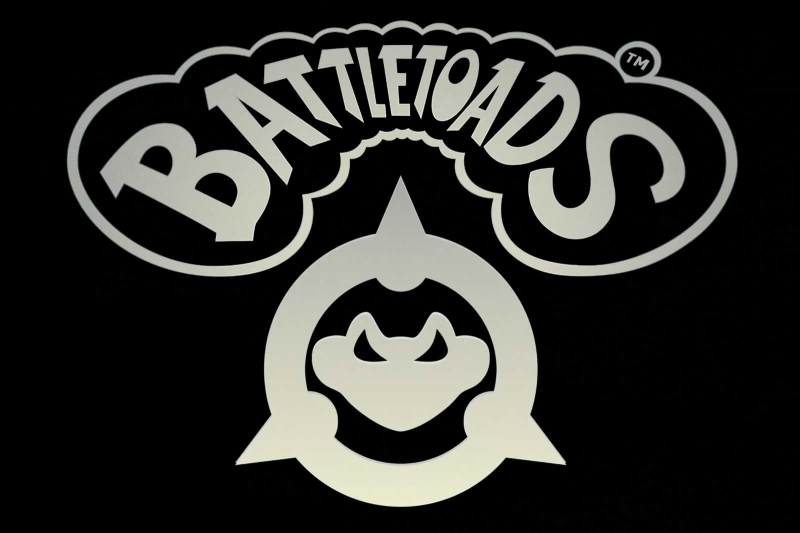