MX vs. ATV All Out Launches September 1 for Switch - News

Publisher THQ Nordic and developer Rainbow Studios announced MX vs. ATV All Out will launch for the Nintendo Switch on September 1. The game first launched for the PlayStation 4, Xbox One, and PC via Steam in March 2018, with an Anniversary Edition including the DLC released in March 2019. 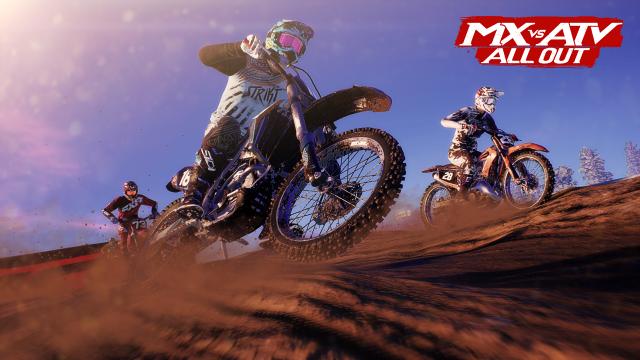 All Terrain, All Vehicles, All You! MX vs ATV All Out is the complete off-road racing and lifestyle experience!

Choose between bikes, ATVs, UTVs, refine your rider style at your private compound and blast across massive open worlds to compete head to head in various game modes! The all-new Freestyle mode allows you to win with style and crazy stunts! Or go All Out and show your riding skills in Multiplayer!