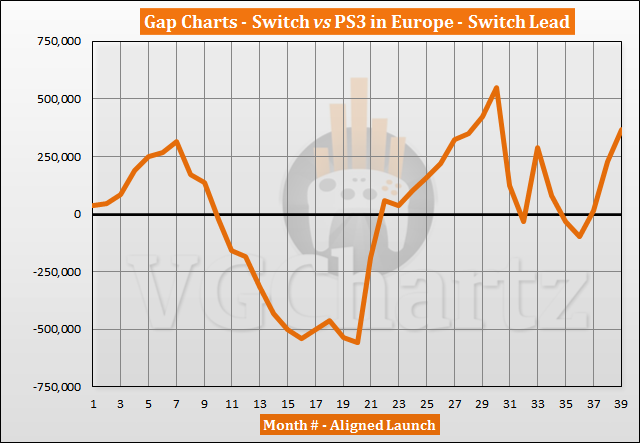 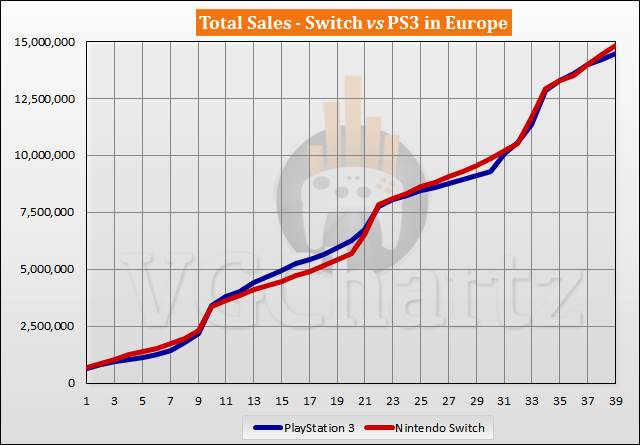 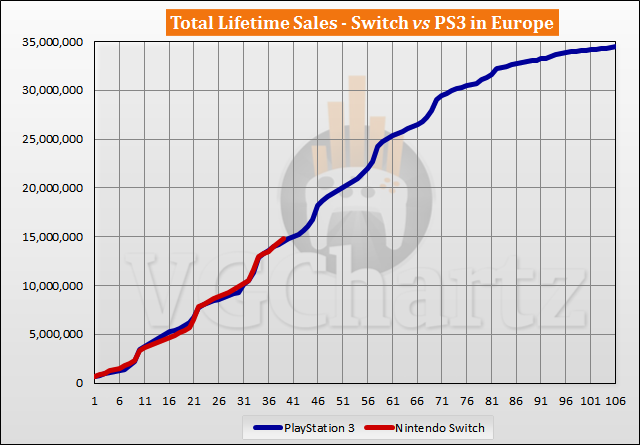 The PlayStation 3 launched in in Europe in March 2007, while the Nintendo Switch launched in March 2017. Therefore, the holiday periods for the two consoles do lineup.

Very close race so far, looks like Switch could also end up at around 35M in Europe.

Hopefully it sells more than 40mil

Very interesting comparison since the sales are very close and the time period is exactly 10 years apart between each other!

It's pretty amazing that the switch is selling on par with ps console in Europe.

Interesting matchup. PS3 did quite well.