Animal Crossing: New Horizons (NS) has remained in first place for another week on the French charts in week 24, 2020, according to SELL.

Mario Kart 8 Deluxe (NS) is up one spot to second place. Clubhouse Games: 51 Worldwide Classics (NS) after debuting in 5th place the previous week is up two spots to third place. Ring Fit Adventure (NS) drops to places to fourth. Xenoblade Chronicles: Definitive Edition (NS) is down one spot to round out the top five. 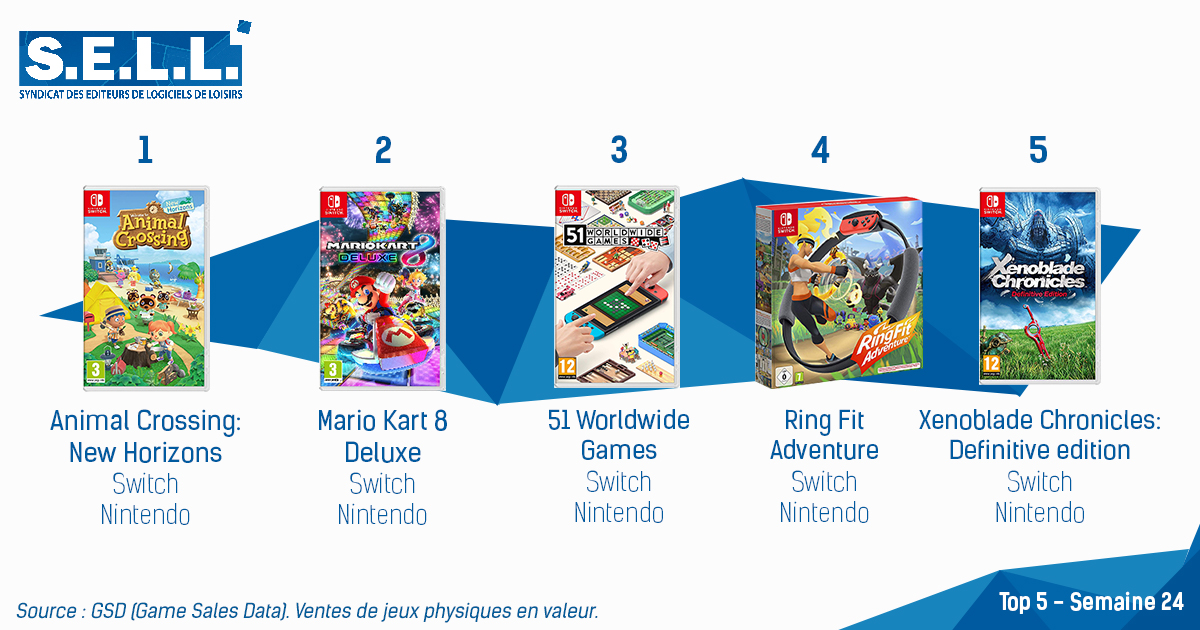 France loves nintendo! Probably nintendo's second country in popularity relative to population after Japan. Only country other than Japan that regularly has a switch top 5 clean sweep.

Wow, Bravely Default is charting. That may only be like 5 copies at this point, but still.