Kingdoms of Amalur: Re-Reckoning Officially Announced for PS4, Xbox One and PC - News

Publisher THQ Nordic and developer Kaiko have officially announced Kingdoms of Amalur: Re-Reckoning for the PlayStation 4, Xbox One and Windows PC. This is following a Microsoft Store listing for the game that was posted yesterday.

The remaster of the action RPG will launch on August 18 for $39.99. A $109.99 collector's edition will also be available and include the following: 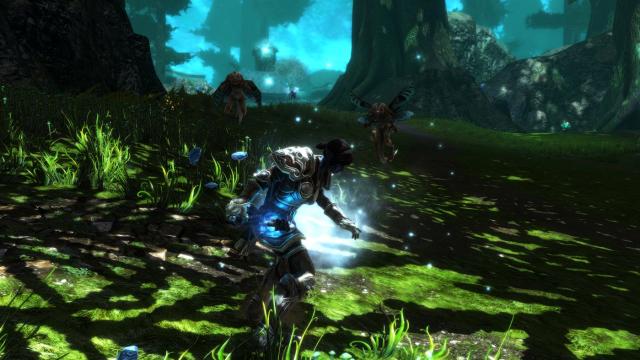 Uncover the secrets of Amalur, from the vibrant city of Rathir to the vast region of Dalentarth to the grim dungeons of the Brigand Hall Caverns. Rescue a world torn apart by a vicious war and control the keys to immortality as the first warrior ever to be resurrected from the grips of death.

The rumours are true! Prepare for a Re-Reckoning, because Kingdoms of Amalur is coming back.

Remastered with stunning visuals and refined gameplay, it's soon time to experience an epic RPG journey and all its DLCs like never before.#KingdomsOfAmalur #ReReckoning pic.twitter.com/MlpSCTrjPe

I am unreasonably excited about this! I know there was some unnecessary side quests and inventory management issues (I expect they'll fix that in a remaster), but this was fundamentally an awesome game.