Rockstar Games plans to announce the remake sometime soon with a launch in the first half of 2021 for the Xbox Series X, PlayStation 5 and Windows PC. 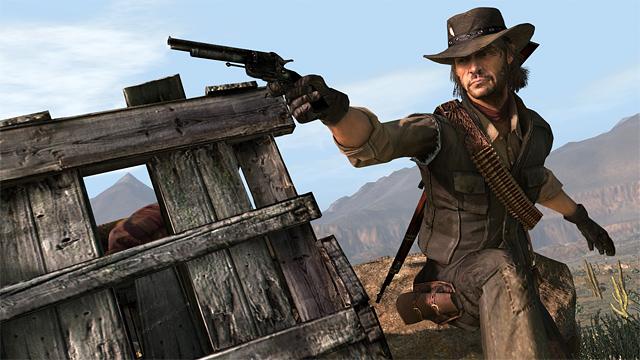 Rockstar already has half of the map done from RDR2 they can reuse and most of the character models already done from RDR2. I'd love a new prologue that connects the two games, mentions Arthur, and brings back Sadie and Charles in the remake of RDR1 as they were on the same side of John at the end of RDR2 and were still alive.

This is right up my alley as long as they don't stuff the over realism hunger and horse grooming mechanics into it. Sucks that the original voice actor for Landon Ricketts has died since the original, hopefully the replacement does a good job, or they just reuse the lines from the original.

Very doubtful. But I would welcome a remakster of the original since I enjoyed it much more than RDR2, which I found the gameplay systems very tedious and more often than not boring.

Called it in 2018 when I strolled onto the redone map in RDR2.

Thats nice but what about GTA4 remaster or xbox one x patch?

Hope to hell this is true.

I'd be interested in it, if it wasn't for the fact that RDR2 on PC is still buggy, costs a lot and requires me to install and run the R* client alongside Steam, so that's a "no" from me.

Probably end up just an up rez remaster then.

Doubtful. The original game is already playable in 4K on Xbox thanks to an Xbox One X enhancement, which will also be playable on Xbox Series X thanks to backwards compatibility. If they can't sell a remaster on 1 of 3 platforms, they probably aren't doing a remaster. Most likely it is a full on remake of the original on the RDR2 engine. Half the map of RDR1 is already in the RDR2 engine, they just need to update the graphics for RDR1's Mexico map, update some character models (some can be reused from RDR2, with just a few minor changes), and work in a few extra story missions to deal with the characters that survived RDR2, yet didn't appear in the original RDR1.

Would be interested to if they add in some extra content to tie in some bits of RDR2. For instances, characters like Sadie and Charles who weren't in RDR1 but survived RDR2.

That would be good move and maybe have a prologue that connects the timeline between the two games.

This only really seems believable if its a "remake" in the same vein as Xenoblade, where they're essentially rebuilding the same game in a new engine and with a bit more content thrown in there.

This sounds wasteful. They have other IPs they can be giving attention too

And I mean because Red Dead Redemption still holds up, and we just got RDR2.

Half of the world is already done as it has been recreated in RDR2, as well as the character models for the majority of the main characters. So they wouldn't be starting from scratch.