Xbox Series X is in Production, France is a Priority Country - News

Microsoft's next generation console, the Xbox Series X, is currently in production, according to Xbox France director Ina Gelbert who spoke with French Xbox website Xboxygen. France is also a priority country for the console at launch.

"The choice we made on this launch is really to be present in more countries than at the launch of the Xbox One," said Gelbert. "Today I do not see a risk for France, in any case. But if tomorrow, a few days before the launch, there is a huge containment in the world ... that we can not do much.

"In any case in our plan today, we have the units for the launch. France is in the priority countries. Now, will we have enough ... This is always a big question, and this is where we enter into discussions for us, and it is my role, to favor France over to other countries. Show that we have the community, that we have the market, that there are huge expectations around the Xbox Series X in France and that we need units to cover this demand." 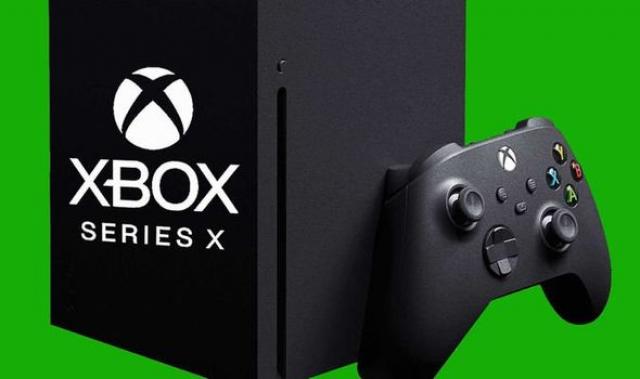 "Ah yes," added Gelbert when asked if the console was already in production. "It's a lot of work to launch consoles like that, given the number of components etc. The lines to set up in factories ... There is a lot of work."

The Xbox Series X will launch in Holiday 2020.

It is launching with Halo Infinite

It should have plenty, both exclusives and 3rd party. Exclusive wise it is a pretty safe bet we will see Halo Infinite, Forza Motorsport 8, a console port of Gears Tactics, and possibly more. 3rd party wise it will have games like AC Valhalla, Watch Dogs Legion, Cyberpunk 2077, and the yearly CoD and sports games.

Are we sure Halo will be ready at launch? We've seen no gameay, and MA has mentioned that game delays may occur. Feels like they're not confident that they're biggest title ain't gonna be there.

Halo Infinite is not exclusive to the Series X though. How do we know that the majority of the Xbox user base won't just buy it on Xbox one/PC at launch? Especially with the economy this year. It's a hard sell to ask consumers to drop 500 plus on a new console that isn't needed to play its flagship title.

@Blood_Tears I think when people see the graphical difference between Infinite on Xbox One and Infinite on Series X (especially between base XB1 and Series X, most of them will want to upgrade. And not just Halo Infinite, you'll be getting a graphical upgrade on other Xbox 1st/2nd party launch games, as well as the 3rd party cross-gen games. That is plenty of reason for people to upgrade.

@Shikamaru317 So the graphical difference is going to sway people to buy it on Series X rather than PC though? If they want this best version and are graphic intensive people wouldn't they have a PC already rather than buy Series X? We all have seen how well the Halo Collection sold on Steam as there is a fanbase for this series on PC. What about the millions of people who are locked into Game pass for a few years? Surely these people who enjoy such a great deal whether they paid a dollar or not are just going to play Halo on Game pass at launch? Why pay 60 dollars when you already have it day 1 on Game pass? These are two huge areas that may affect Halo on launch. Especially when you have MS themselves saying they don't care if you buy the hardware, they want you to buy the game.

Just saying Switch had BOTW at launch which was also on the Wii U..... That 1 game was enough to sell millions of Switch in its 1st month. Xbox and Sony just needs that killer game to start the new console.

Is this because "Nintendo Switch Outsells Xbox 360 in France?"

I will keep waiting for more information on backward compatibility. Will I be finally able to play this gen games locked at 1080p 60fps? Or even better, locked 4k 60fps? Because let's be sincere, even with XoneX we can't reach it in most games and PS4 pro was just a bad joke. As for next gen games, we will see them only by 2022 when games are developed exclusively for next gen. Games released on 2021 will still be held back by current generation limitations as they will probably be released in both platforms.

It isn't really possible to promisse that over 4000 games will all be 4k60fps with the smartdelivery. They will be better res and performance, but games that run at 720p30fps on base X1 may not have locked 4k60fps.

Well considering the time to launch I would expect that prototypes are on finishing stage and production validation is underway. About the higher number of countries it just proves that it was a better strategy sony used this gen. This may increase the sales in France for Xbox. People preffer to be treated as a priority.

France was Xbone launch country in 2013, so I don't see any reason "this" may increase sales there.

I don't remember which were the 13 countries, I just based on the report that says they will release in more countries at the same time and the person saying France will be a priority (as if it wasn't before).