Zelda Replay Part III: A Link to the Past - Article

Part III: A Link to the Past
"We will temper your sword perfectly!"

A Link to the Past is boringly perfect. Aside from some framerate drops during busy scenes and a few cryptic puzzles, it's difficult to summon anything negative to say about it. On the audio front, it's stellar, with several immortal tunes courtesy of musical wizard Koji Kondo and immersive, layered sound design. Graphically, it's evocative and detailed, with small touches—like the canopy casting shadows on the ground in the Lost Woods—making everything more whimsical and magical. In terms of gameplay, it delivers a fulfilling mix of crunchy combat, cerebral puzzle-solving, and lucrative exploration.

If the original Legend of Zelda was, to borrow a metaphor from the Zelda series, the Master Sword—extraordinary but a bit raw and unrefined—then A Link to the Past is the tempered variant: brighter, better, and polished to perfection. 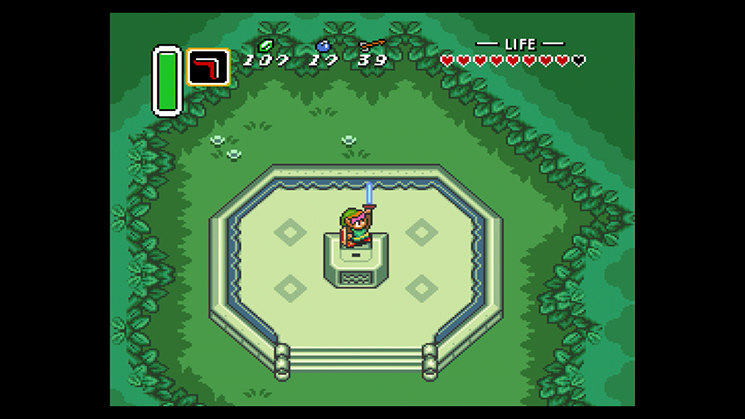 Apart from standing as the model representative of top-down 2D Zelda, A Link to the Past is the quintessential Zelda experience, one that introduced several franchise staples and codified the rules, mechanics, and tropes of the series for generations to come. Like Goldfinger for James Bond, A Link to the Past took conceits and themes from the first two installments, tweaked them, and established a blueprint for the future. Apart from Breath of the Wild, which drew inspiration from the NES original, every mainline Zelda game after 1992 has referenced the guidelines instituted on the SNES.

A Link to the Past represents not only a foundational text for The Legend of Zelda. It's a diagram for all modern action-adventure games, thanks to its ideal concoction of real-time fighting, exploration, puzzle-solving, item collection, storytelling, and gameplay that's both open-ended and organized. 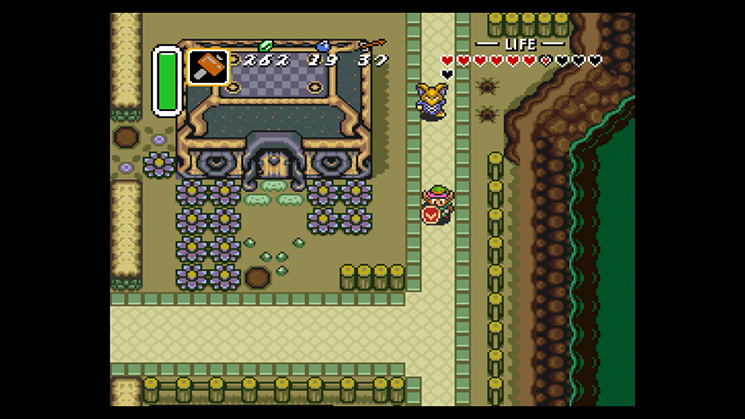 Indeed, the structure of A Link to the Past—much more organized than the original game but far less linear than something like Skyward Sword—is one of its most essential features. Where the NES Legend of Zelda dropped players into an unknown (and unknowable) world and tasked them to fend for themselves, the SNES sequel is more methodically arranged. You can still improvise, visit locations "out of order", and explore indefinitely, but everything is tidier and more sequential. A Link to the Past retains that heady sensation of discovery but pairs it with more focused storytelling and fewer opportunities to become truly lost.

As with everything in the franchise, this isn't a random achievement. In the January 1992 edition of Famicom Tsuushin magazine, producer Shigeru Miyamoto spoke about finding a fruitful middle ground between frustrating and rewarding gameplay, using breakable walls as an example: "Concerned, I balanced the joy players would get from hunting around and at long last discovering a breakable wall and the thought of how long that would realistically take, and, in the end, opted for putting in visible cracks on the walls that can be destroyed." 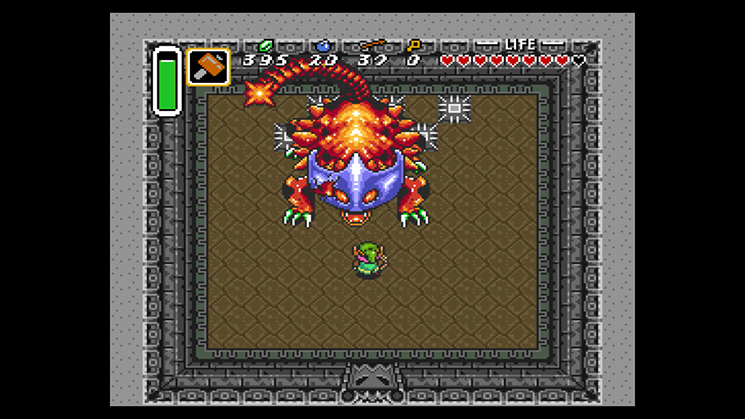 That same level of thoughtfulness permeates everything in A Link to the Past, from its eight-way movement, to its ingenious multi-layered dungeons, to its Dark World—a sinister mirror image of Hyrule that basically doubles the size of the game and opens up several clever puzzle-solving possibilities. This is one of Nintendo's most ambitious titles, not only because it underwent years of experimentation and technical workarounds, but because its developers molded it with an eye always on the end user experience.

Meticulously and thoughtfully designed, A Link to the Past is pretty much perfect. It's the gold standard for 2D Zelda games and for top-down action-adventure titles in general. Its successes in sound, visuals, controls, storytelling, level design, and structured action-adventure gameplay seem effortless—even though we know they're the result of months of careful planning, analysis, and trial and error. The Zelda series went though many permutations after 1992, but almost every one owes something to the brilliance of A Link to the Past.

ALTTP is a timeless classic. This game ages like few games do. I still replay it once a year, and everytime, I have a blast.

Woo. It finally continues. :-) I agree with everything again, sorry for not really giving very interesting discussion lol.

That's ok! Thanks for reading! I do expect we will diverge a bit with the next installment :-P

I think I can take only mild praise. ;-)

Still one of the best Zelda games I've played and love the classic gameplay. Personally this type of gameplay will never bore me (which is why I enjoyed Link's Awakening on Switch) and I'm always open to more of these types of games.

Good to see the series making its return. I've played this title many times over the years and it's always a great experience! It marks the introduction of a lot of iconic items (Master Sword, hookshot, bottles), it had fun magic spells and items (Ether, Bombos, Quake, fire and ice rods) and a great set of dungeons to tackle both in the light and dark worlds.

This game never really clicked with me. It abandoned the freedom and difficulty of the first Zelda, but lacks the strong storytelling, atmosphere, dungeon design and deep puzzle solving of later titles.
I respect it's importance for the franchise, but the game does nothing for me. When a direct sequel comes out 20 years later and does litteraly every single thing better, it tells me the original has not aged well enough.
The original Zelda on the NES holds up much better for me, since it has an exeptional level of freedom, while still maintaining a solid difficulty throughout, which makes for an extremely satisfying gaming experience.

I liked Zelda 2 better than the first one by quite a bit, but I'm more of an RPG guy. Link to the Past is my second favourite Zelda of all time, though, and I doubt that will change in the long run unless Nintendo can somehow top Breath of the Wild, which I don't think is likely (thought they would do likewise with Mario Galaxy and 14 years later it's still the magnum opus of the series). It's alright, Link to the past is endlessly replayable and I can live in one game of Breath of the Wild for 500 hours.

When I first played Link to the Past on the SNES, I loved every second of it. It was my favorite SNES game at the time. However, now when I go back and play it, it's still decent fun, but it hasn't aged nearly as well as the two NES Zeldas. It's not my favorite SNES game anymore, but again, it's still decent.
Link to the Past lacks two key things: freedom and challenge. Both NES games are more challeging. And the original Zelda has far more freedom. Zelda 1 has a lot more replayability than Link to the Past does.
Also, Zelda 1 is the definitive 2D Zelda. It always has been and always will be. Not only was it the most popular 2D Zelda in absolute terms, but it was (in relative terms) the most popular Zelda period until Breath of the Wild. When you start breaking Zelda sales down by region and population growth, it's clear Zelda 1 was the king until BotW.
The reality of Zelda is that there are two popular definitions of it. For old schoolers like myself, Zelda 1 is the definitive version, and 2D Zelda is the "real" Zelda. For younger gamers, Ocarina of time is the definitive version, and 3D Zelda is "real" Zelda. Link to the Past is important, because it is the bridge between the first era of Zelda and the second. It's definitely 2D Zelda, but you can see elements that are later going to be thought of as defining elements of 3D Zelda. And recently, there is now a third type of Zelda: Breath of the Wild. It's only one game so far, but it's been so impactful that it really can be considered it's own sub-genre of Zelda. It takes some of the best parts of both 2D and 3D Zelda while being it's own unique style at the same time.
And so in terms of the whole Zelda series, Link to the Past is exactly that. It's a link to the distant past of Zelda gameplay. But at the same time it has enough similarities to 3D Zelda, that fans of the 3D Zeldas can still appreciate it. Zelda 1 is too foreign to modern Zelda fans, but Link to the Past can be recognized as "close enough" Zelda to people who love 3D Zelda.

The Legend of Zelda: A Link to the Past

The Legend of Zelda: Link To The Past / Four Swords

The Legend of Zelda: Link To The Past