Part II: The Adventure of Link
"I am Error"

Zelda II: The Adventure of Link is not a bad game. Looking backward, it's an unusual, atypical entry in the series, sure, but I'd argue that its side-scrolling action, tactical combat, and role-playing mechanics—all things that make it aberrant compared to the greats of the franchise—make it worth playing. There are inventive, gratifying encounters and events in Zelda II that simply cannot be found elsewhere in the Zelda canon. It's not an issue, then, that Shigeru Miyamoto and company embraced new perspectives and systems for this sequel. It's an issue, however, that Miyamoto-san and the team he assembled for this game—a development crew different from the one that turned out its brilliant precursor—committed a few too many unforced errors in its design phase. Zelda II might not a bad game, but it is a flawed one.

In an interview with Game Informer, Miyamoto said this about Zelda II: "It's almost like a different series. That's why we named it The Adventure of Link. It's a very different game." Those differences include side-scrolling tactical combat far more difficult and involved than anything in the premier game, random enemy encounters in the overworld, and a rudimentary role-playing game experience point framework. The Legend of Zelda as a series has always sat comfortably in the center of the action-adventure Venn diagram, but Zelda II, for the first and only time, flirted with action-RPG systems. 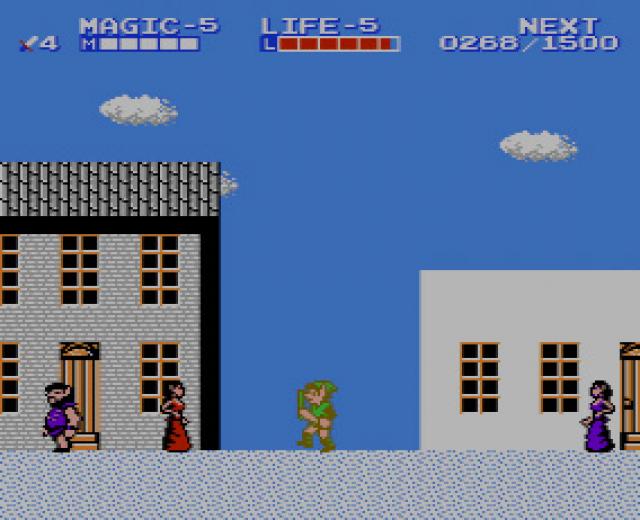 Those systems, however abnormal for the franchise, work for the most part. Random overworld encounters allow underpowered heroes to grind and level up, and three unique attributes—health, magic, and strength—offer players a small degree of freedom in Link's composition. Moreover, there's an element of danger to the process of leveling up. Do you use your 6,000 points to increase your health, or do you pass it over and continue on, hoping to reach the next tier for strength but risk losing every last point upon forfeiting your final life? You see, in Zelda II when you die you abandon all of your experience points forever, an unforgiving feature that makes Dark Souls look lenient by comparison.

Don't mistake the title for Dark Souls or another action-RPG based around classes, stats, and character progression though. Zelda II, despite any overtures to role-playing games, is all about the action. On that front, it's an unqualified success. No game in the series—aside, perhaps, from Skyward Sword, with its motion-controlled shield and sword play—has made tactical, tactile fighting such a focal point of the overall experience. None have made it more challenging or rewarding, that's for sure. As a child, I bemoaned Link's stubby sword and the twitchy blocking skills of those darn Iron Knuckles, but now as an adult I comprehend that careful timing, preparation, and anticipation will almost always win the day. 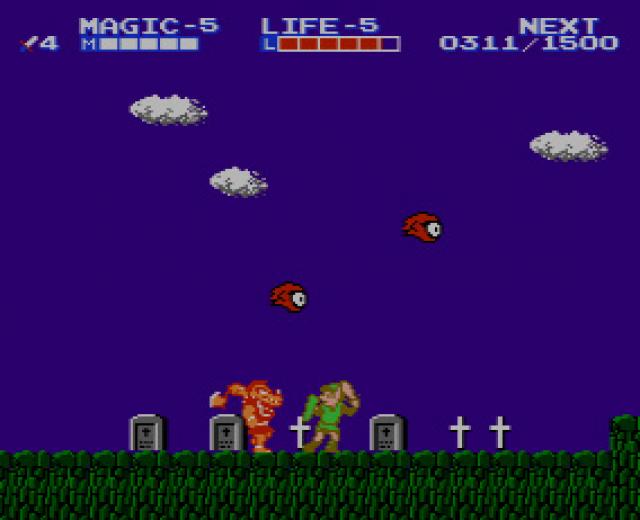 Nintendo developers built the combat system off a simple, elegant model: when Link is standing his shield will block chest-high projectiles and melee strikes, but his legs will be vulnerable; when the hero in green is crouching, his shield will protect his lower half but leave his head exposed. In order to survive, then, players must observe the enemy's stance, size, and attack height, and then block and counter-attack accordingly. When spells and special maneuvers like jump and downward thrust enter the equation, combat becomes a dangerous ballet of swinging swords, feints, and airborne slashes. There's a pervasive, exhilarating sensation that the next blow will mean victory or defeat. Zelda II is, essentially, a thousand short fencing matches played out in succession against a larger sword-and-sorcery backdrop.

The template for Zelda II is a good one. Light RPG elements allows unprepared players to practice and collect experience points, and tactical swordfighting makes every skirmish memorable. On paper and in execution for the majority of the game, the formula works. Only at the end do the limitations and built-in design flaws of the game emerge. It insists on a hard level cap, so random encounters past level eight produce no tangible rewards, outside of an extra life every 9,000 points. If players lose every spare life in a palace, the game sends them all the way back to the beginning of the game, and they'll have to start a long trek backward through well-worn and tedious territory (this is especially tiresome for the sixth and penultimate palace, which stands beyond the sea, across a gauntlet of rock-throwing Lizalfos, and over open terrain teeming with random enemy encounters that, at this stage of the game, provide nothing of value). Finally, the Great Palace is a disorienting labyrinth with several unfair enemy types and a gruelling final boss encounter that is, unfortunately, the game's lasting impression. 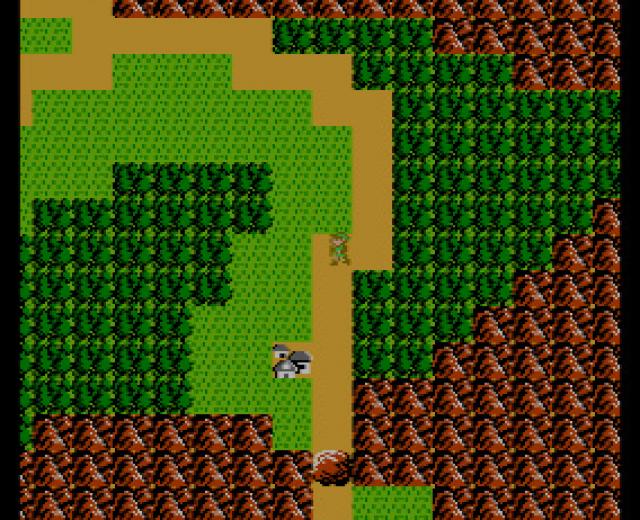 For much of Zelda II, it's easy to overlook some of these flaws and unforced errors because the fighting is so thrilling and the hunt for more experience so enticing—not to mention the engaging puzzle-solving and exploration opportunities. Yet as you travel farther from the North Castle—the game's starting point—max out your levels, and run afoul of some unduly difficult monsters and level layouts, several inflexible systems and unfair challenges present themselves.

In an interview with Superplay magazine in 2003, Miyamoto called Zelda II game "sort of a failure." That, I believe, is too harsh. While the game's excessive difficulty and absent quality-of-life features keep it firmly outside the pantheon of great Zelda titles, its experiments with side-scrolling action, sword-and-shield tactical combat, and light role-playing elements make it a uniquely interesting entry in the series.

1. The Legend of Zelda
2. Zelda II: The Adventure of Link

I love Zelda 2! It's my third favorite Zelda (after the first one and BotW). I also consider all 3 of the NES/SNES Zeldas to be action RPG's. This game is not different for being an RPG. It's different because it lacks much exploration. That is deemphasized and combat is emphasized. I do prefer the Zelda 1/ALTTP style more, but Zelda 2 was still extremely fun.

In the end it is an action, high-fantasy game. The action is so fun that it holds up today. But yeah, I also realize the lack of polish makes certain problems stand out even more nowadays.

Great review of an often too harshly criticized game. It's definitely the most difficult Zelda game but it gave us classics like the downward thrust and most important of all the Palace Theme!

Good story. The game isn’t without it’s legacy though, and I agree Miyamoto was too harsh. Even if different, some things introduced here have stayed throughout the series...

Anyway, after two games your ranking’s still the same as mine. :-) ...

Personally I’ll say you’re right in saying the final act is unforgiving. That part, The Valley of the Damned (I think it’s called) and the Great Palace with it’s two ungodly difficult bosses (I know of the trick to easily beat Shadow Link, but that’s cheating) are without a doubt the most difficult piece of video game I ever played through. I’ll have to say though I haven’t played enough of the other notoriously difficult NES games like Castlevania 3, Ghosts n Goblins, Batman or Ninja Gaiden and more, which I’m positive are even more difficult, to compare, but if memory is correct, half of my 100 Game Overs in Zelda II, which I played without guides on my NES itself, have been in that final part. Death Mountain is for wusses compared to that. They don’t make them like they used to.

Unapologetically unfair, but this is the kind of game to go to if you want to understand the meaning of "NES difficulty" people are so delightfully nostalgic about.

ago)
I actually love this game and feel it gets way too much crap from haters. My only real gripes are how some of the hints given by towns people were hindered by translation errors and the fact that you ALWAYS start back where Zelda is sleeping, making you have to walk all the way back to where you left off. Shortcuts do get unlocked, but it is still a huge hassle if you are in a dungeon or something. Oddly enough, the final dungeon does let you start back at the beginning of the dungeon instead.